Yan Qiuchi came down from upstairs and saw Mrs. Yan was having breakfast.

The maid saw he came, hurried to prepare breakfast for him. He took a seat. Mrs. Yan turned around and asked: “Is Jin sick?”

“Then you have to know about the signing, right? I heard that Jin signed with the monsoon entertainment? What's the matter? I told you to sign him?”

“Have you read the contract? Is there any problem?”

“How could he show me his contract with monsoon entertainment?” Yan said.

Mrs. Yan was silent for a while, and said: “Jin even signed your company’s rival. What was he thinking? Maybe he really wants to draw a line with you. How hard did you hurt his heart? How could he break it so thoroughly this time?”

After a while, Mrs. Yan looked up again and said: “Well, I don't have to worry about you two anymore. Anyway, your father and I were talking yesterday, saying that how come you are already twenty-five and still had never been in love. You don’t look like you have a secret lover to me.”

“There are so many busy people. You don’t see anyone let their businesses get in the way of their relationship or marriage. It’s time for you to think about that, too.”

“I’ll think about it after the company gets listed.” Yan Qiuchi said.

“Do you have any problems on that?” Asked Mrs. Yan suddenly very seriously.

Mrs. Yan looked at him, smiled and waved.

After watching the advertisement yesterday, she had question in her mind just like those gossip fans: “That Mr. Yan, even this is not good enough. What does he want?”

She was different from those gossip fans. She watched Shen Jintai grew up. To her, Shen Jintai was almost flawless!

He used to be a bit willful and arrogant, but now he had changed.

Yan Qiuchi never thought that one day even his mother would worry if he’s impotent.

It was not the first time in his life that he had faced such doubts. Most of his friends were rich or powerful. They were not dandy, but they had their first relationships very early. From junior high to university, first there were few of those who had had been in love, then every beside Yan Qiuchi had.

In Xiao Yang's words, not just had never been in love, but even never had sex!

If he wasn’t that good, it could be reasonable. But men from their own echelon were outstanding in every aspect, better than the ordinary, especially Yan Qiuchi who was cute and good in every way. All types of women would want to be with him, out of their own will. What's more, in this era, people who are twenty-somethings but haven't been in love could only be because of that!

Yan Qiuchi thought that he might really need a relationship.

But he had never been purposely avoiding romantic relationships. It was because that he had never really met someone he really liked and he had been really busy.

He started his business when he graduated from school at the age of 22. Because his famous father, Yan Tiefeng. He, the eldest son, was under enormous pressure. In the past two years, the company had developed rapidly, and his burden had become heavier. He really didn't have much time to meet new friends.

Shen Jintai also contributed to the situation. Even a good-looking star who was born with a silver spoon like Shen Jintai couldn’t get him, every one thought Yan Qiuchi must be very picky.

Shen Jintai had a shooting late at night and didn’t have much sleep. He just woke up and were confused. He rubbed his eyes and looked out of the window. It was bright.

“What's the good news?” he asked in a languid voice

“Remember we were worrying about clothes the other day?”

The signing ceremony was going to be held soon. It was necessary for him to dress formally. Last time, Mrs. Yan helped him. However, there would be more and more events for him to attend in the future, and he couldn’t bother Mrs. Yan every time.

He couldn’t take advantage of her.

They were discussing whether to buy one or borrow one.

Li Meilan was a little excited, and her voice was full of spirit: “A famous men's clothing brand just contacted me and offered to provide us with clothes for you to wear at the signing ceremony.”

Shen Jintai immediately sat up from the bed.

Shen Jintai's signing ceremony was held in a grand way. Monsoon entertainment invited all the big names that they could reach. Shen Jintai asked the crew for leave to attend the ceremony called “windy Jintai”.

Monsoon entertainment was one of the best with publicity. The signing ceremony was scheduled on the same day when HCEP would broadcast, too. The attention of netizens they got was unprecedented.

This was also Shen Jintai's first official public appearance since the broadcast of "Here Comes the East Palace".

In the early morning, there were fans waiting at the place where the ceremony would be held at. There were many of them. Xiao Tang arrived at the scene first, took a picture and sent it to him. Shen Jintai tapped it, and his adrenaline rocketed up.

There were too many fans to fit in the camera. Banners with his name were everywhere.

Xiao Tang sent him another short video, which was a little noisy. Many people were looking in the same direction. Xiao Tang said: “Brother, they’re all here for you!”

“First appearance in front of the public after you getting famous. How do you feel?” Li Meilan asked him with a smile.

Shen Jintai sat in the car, breathed deeply and said: “It's OK.”

But his eyes were a little wet.

“Don't be nervous. You’ll get used to it in the future.” Li Meilan said.

Shen Jintai was more excited by what she said.

He was a star.

The car stopped at the door of the hotel, and his powder, who had been waiting for several hours, turned to look at it.

Many stars were invited, they were not sure if the one who was in the car was Shen Jintai.

Of course, they could also cheer for other stars, but the loudest must be saved for the one they had been waiting for.

Shen Jintai took a deep breath again, and nodded at Li Meilan very solemnly as he used to do when he was filming.

Li Meilan opened the door and got off first.

Xiao Tang, who had been waiting at the red carpet, came running.

All the old fans knew Xiao Tang and Li Meilan, and they were boiling all of a sudden.

The excitement soon spread, and the crowd was suddenly ignited as if the silent world suddenly detonated. They all knew, Shen Jintai was here!

His sister fans and mommy fans were all boiling. They first saw a thin and straight legs, gray suit pants, black socks and black shoes.

Then he saw Shen Jintai come out of the car with his head down, standing straight in the light from the camera, buttoned the gray suit, and walked towards the red carpet under the escort of Li Meilan and Xiao Tang.

The screams came from all directions. Some called his name, some called him Li Xu. Shen Jintai, dressed in a gray suit, walked calmly, with a straight waist and back. There was a flower in the chest pocket of the gray suit.

“What flower is that?”

The netizens who were watching the live broadcast were also talking about it.

“Last time, Touhua put a flower in his chest pocket and was complimented by many. It seems like he’s going to make that his thing. But looks really good!”

“The symbol of the love between Li Xu and Zhou Ying. Wow!”

“Ah, ah, ah, he’s so good at it! I literally cried with excitement!”

Shen Jintai on the red carpet still looked calm, his skin was bright and his lips were ruby, he was tall and slim. His slim gray suit made him seemed calm and quiet. He smiled and waved to his fans, then bowed. He was modest and good-looking.

Netizen was fast. They found what Shen said at the launch conference.

At that time, the host asked him about his understanding and feelings of the script and characters.

Shen Jintai described Li Xu as a “villain with a sense of vulnerability”. He said that he read the script and “after reading it, my tears came out, and I just can’t calm down.”

Talking about the love between Li Xu and the prince, he thought for a while. Then he said with a smile on his face and in a calm voice like a wave: “It's more like the meaning of the wild Rosa, romantic, repentant.”

Shen Jintai smiled, his smile was brighter than the flashlights. There were stars in his eyes. 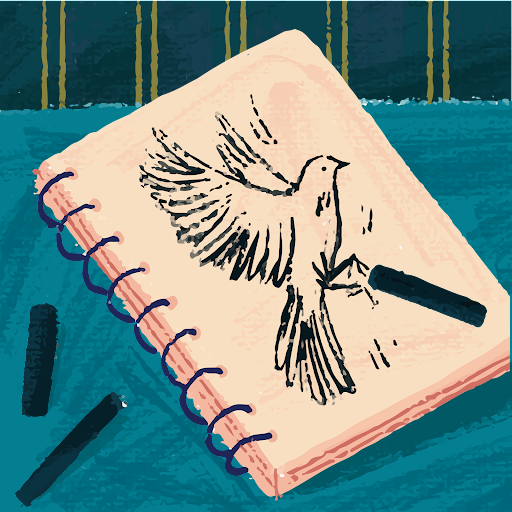 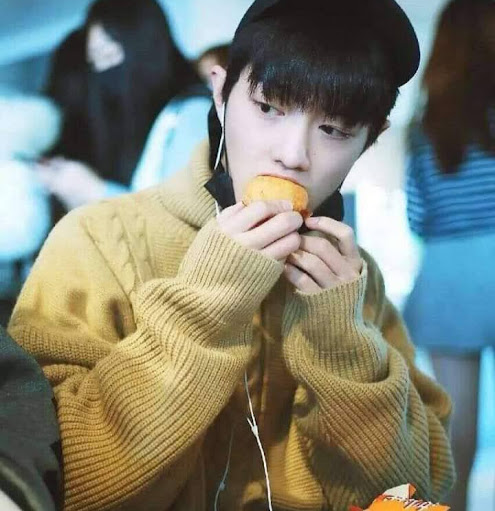 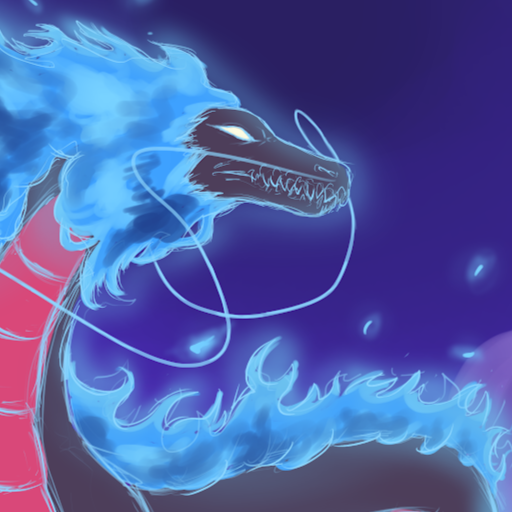 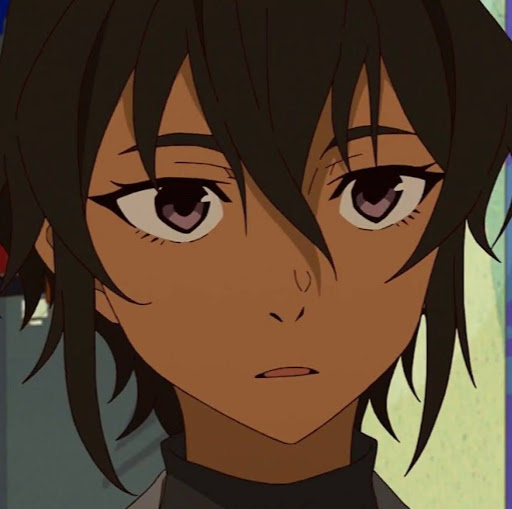 Ciao Ciao 2020-07-21 04:29
SJT is finally reaping the benefits of his hard work. I'm glad he has a lot of fans who are excited for his appearance! Lol, YQC's mom is worried about YQC's... haha. Somehow, I don't think she has to worry about that! Thanks for translating!
0 0