Xiao Yang looked at him and said, "actually, I think Shen Jintai It's not as annoying as it used to be. "

He also had a bad impression on Shen Jintai, mainly because he couldn't stand a man who had no self-esteem. Moreover, Shen Jintai was a very annoying person who treated people extremely bad. He had a very arrogant and mean attitude towards others while kneeling in front of and flattering Yan Qiuchi like a pug.

But Shen Jintai met him today and called him “brother Yang” enthusiastically.

He almost spilled the wine in his hand.

“Ah,” Xiao Yang suddenly sat up straight, as if he found something extraordinary: “Shen Jintai's ass is great. I’ve never noticed it before!”

He said and immediately touched Yan Qiuchi's arm: “Check it out.”

Yan Qiuchi said: “Do you want to put your eyes on him?”

Staring at Shen Jintai all night.

Xiao Yang felt wronged. Most of the people at the party were all looking at Shen.

Yan Qiuchi took a sip of wine and looked elsewhere.

Out of sight and out of mind, it used to be like this.

Although he was annoyed at different things.

Bai Qingquan tried his best to stay conscience until the end.

After drinking a lot of wine, he was dizzy. He leaned on Weige and said: “Am I… am I nailing it today?”

Weige and his assistant supported him: “Yes, yes.”

Bai Qingquan suddenly straightened up and looked back at the hall: “Shen Jintai. Where is Shen Jintai?”

Weige quickly took him away.

When Bai Qingquan came back to the room, he sobbed. The assistant didn’t know what to do. Weige said: “It’s just him being drunk. Don't worry about him.”

When Bai Qingquan cried enough, he lay in bed and checked his cell phone.

Weibo, forum, Tieba, tiktok, he checked them all.

After that, he felt better.

He was no longer the one who was crashed and suppressed. He became a top stream. He had a group of warm-hearted little angels to help him control the comments.

To sum it up, he got more praises than Shen.

Many people were praising him for his good looks.

He opened a beautiful picture taken by his sister, zoomed it, and looked at himself from mouth to eyes, even his Adam's apple. They were all perfect.

Click the picture of Shen Jintai again. Shen Jintai didn't even have someone to help him to beautify the picture. Zoomed in and Bai found out that the shortcomings of Shen’s facial features were quite obvious.

But his lips. They seemed attractive.

What lipstick he was wearing? Why did it look so natural?

Bai decided to ask around at the shooting site tomorrow.

After Liu Hui and the netizens’ fight, he was angry but had no way to channel it. He pestered the bearded man to help him get vendetta.

“Stop it.” The bearded man said: “I've invested in this, and I'll lose money if it doesn’t go well.”

“I don't want the role anymore. I just want to channel my anger into something else.” Liu said.

With wine, his face was red, long eyelashes shook and he looked particularly lovable. “How do you want it?” the beard asked

It was not a hearsay. Shen Jintai had been drunk many times before, and his ugliness was recorded in the paparazzi's camera.

Shen Jintai didn't know how much he could drink. After a full round, the dinner party was near its end, and people started to leave one after another. When he was about to go back to his room, he suddenly met several tycoons in the industry.

The tycoons started the chat, he couldn’t ignore them. And when excited, Shen had many drinks. He didn’t feel anything at present. But after sitting for a while, he got drunk.

His way to deal with drunkenness was to drink water crazily. The consequence of drinking water crazily was to pee. Fortunately, he was able to hold himself together and didn't stagger in public.

Stars should pay attention to their privacy when they go to the bathroom. They couldn't go to any bathroom, but the VIP area. Just walked into the corridor, he stumbled. The attendant hurriedly helped him stand up. Suddenly, a person from behind ran to them, smiled and said: “I got him.”

People attended were all stars, so the security was very strict. It's not like anyone could get in so there was no need to worry about this man’s identity. The attendant saw that this man was well dressed, he was supposed to be the guest of honor who came to the dinner party today, so she left Shen Jintai to him. Shen Jintai looked at him and found him familiar.

“You don't remember me?" The man was a little excited and his voice was shaking. He said: “We talked at Mrs. Yan's birthday party the other day.”

He was still whirled. He said awkwardly: “I've had a little too much today.”

Shen Jintai grabbed his arm with a smile: “Thank you.”

The man walked him to the bathroom. Shen Jintai combed his hair with fingers. His face was pink due to the wine, but his eyebrows and eyes seemed to be infected by the wine heat. There was a touch of seduction in his eyes… At least in front of the people who supported him, it was.

This man had been in love with Shen Jintai for a long time.

Since Shen Jintai's first appearance on the talent show stage, he felt that this pink hair boy had robbed his heart.

He saw Shen shining on the stage, he also saw that Shen was stupid for a man, and he saw the loneliness of his lovelorn and bankrupt. Now Shen Jintai’s coming back, he was really happy.

He was touching his idol! And smell the wine on him.

Shen Jintai felt weaker under his feet, more and more drunk, and his brain began to get confused.

According to his remaining rational analysis, he was about to black out.

His vigilance was still there, he immediately took out his mobile phone from his pocket, and before he could open it, it fell off on the ground.

“Allow me. Let me help you.” The man quickly stooped to help him pick it up.

“I need to call my agent.” Shen Jintai stopped walking and leaned against the wall of the corridor.

Shen Jintai opened the contact and remembered that his current phone countless contacts. Just when he saw the name of Xiaotang, the man grabbed his hand and said: “You are drunk. I'll take you to your room to have a rest.”

But the man didn't let go, his attitude was not strong, but he grabbed his arm: “You drank too much.”

In fact, if Shen was sober, he really wouldn't resist, mainly because this man didn’t look bad. Besides, if this man could be invited to Mrs. Yan's birthday party, he must also be a person with reputation. The monitoring and security of this hotel were also strict. But he was too drunk, and his instinct surpassed his reason. He had been a public figure for many years and he grew a strong sense of vigilance. He pushed the man away and sat on the ground: “What are you doing?”

But suddenly the man came up and grabbed his arm.

His excitement and fear were apparent.

This was exactly the situation where a man should scream.

As soon as Shen Jintai was about to shout, the man covered his mouth. But he might be afraid, as soon as he covered Shen’s mouth, he immediately released it: “I… I… I just want to help.”

“Get!” Shen Jintai wiped his mouth.

The man ran away.

Shen Jintai took a deep breath in relief. And when he relaxed, he felt dizzy.

The waiter heard the noise and rushed over. Shen Jintai was frightened and drunk and believed no one. He muttered: “Don't… don't touch me. Get out of here. I… I called the police… I’ll call the police...”

Holding his mobile phone, he suddenly remembered that when he was just starting out, he once participated in a dinner party of the casting director, and was drugged. If he had not been smart, he would have almost fallen into the hands of a fat pig.

In the entertainment industry, no man is fucking safe.

There were more and more onlookers, but no matter who came, Shen Jintai acted crazily.

Shen Jintai suddenly felt very sad. He didn't know why. He covered his eyes with one hand, and his tears were falling down. His face was very red.

In confusion, his fist fell into a strong palm. The man held his arm and said, “Shen Jintai!”

Even though he was drunk, he could still recognize that it was Yan Qiuchi.

The Yan Qiuchi who hated him.

Though Yan Qiuchi hated him, but reliable. Anyone could bully him, but Yan Qiuchi would never.

Yan Qiuchi would never love him or touch him.

Then he calmed down and let go of his hands.

His clothes were a mess, his hair too. His nose was red, and his eyes were red, but the pupils were unfocused. He looked at Yan Qiuchi, and then looked down frustrated and stops moving.

Yan Qiuchi, with a dark face, was about to get up to call for the waiter, only to find that he could not get up.

When he looked down, he saw Shen Jintai's hands holding a corner his clothes. 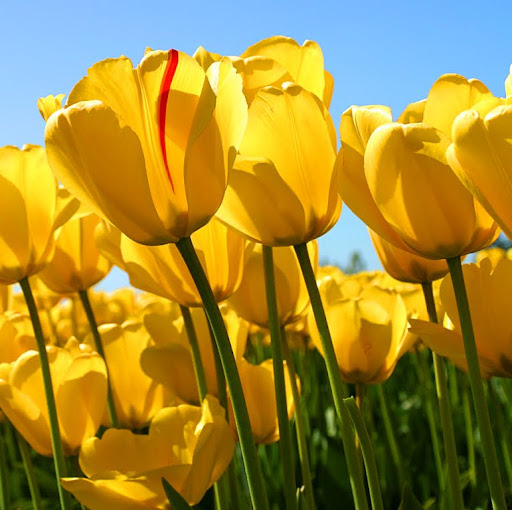