At noon, some other students in the class went to dinner, and some went back to the dormitory, leaving Shen Yu and Bai Muyu in the classroom.

Because Bai Muyu has never been friendly to Shen Yu, every time he actively spoke to her, he must find fault, so Shen Yu has developed a habit, as long as Bai Muyu approaches, he will immediately enter a combat alert state.

The atmosphere in the classroom is also volatile.

The sudden cold male voice made the little girls surrounded by startle at the same time and turned around to watch.

Thet found that it was the handsome guy who sent Shen Yu to class in the morning! ! !

Shen Xiao put his hands in his pockets, a coat on his wrists, and the other hand smoked half of the cigarette with the root. He slightly tilted his head when speaking.

Seeing that they all looked back at him, Shen Xiao didn't blink, so he squeezed the cigarette directly into his hand and smothered it, then rubbed it into a ball and threw it into the trash basket near the back door.

"What video?" He repeated it patiently, gazing across the faces of everyone, and finally stopped on Shen Yu.

Shen Yu's face was pale, and she subconsciously handed the cell phone Bai Muyu to hide behind her. She was afraid to see Shen Xiao. She thought that Shen Xiao should wait until after school in the afternoon to pick her up. She did not expect to appear at noon. It happened so unlucky!

He only saw her dancing in that skirt on the evening party, and under house arrest the next day, if now let him know that the video of dancing was sent to the Internet, wouldn't he still be able to catch her and shut her for a lifetime? ? ?

As soon as the idea came out, she quickly hid her phone.

But Shen Xiao is not a fool, he just came in and heard that they were talking about something with the mobile phone, and this time Shen Yu was also clever and wanted to hide the mobile phone. You don’t have to guess it. The problem must be in that mobile phone!

So he threw his coat on the table next to them. Without waiting for them to answer, he stepped forward and grabbed his mobile phone, "Bring it."

Shen Yu was sitting in the position and originally wanted to hide the phone behind her back. Seeing this, she could only hold the phone in her arms and struggled to death, "No!"

When Bai Muyu saw Shen Xiao appearing, she was completely ignorant. She only knew that her sister was related to this man, but it was not clear which step was specific. In the auditorium that night, she just took a quick glance and did not look carefully. Shen Xiao entered the classroom, the position of the station was facing her side, so she didn't see clearly.

At this time, Shen Xiao was standing in front of her, only a few steps away, and she could finally see clearly the other person's appearance. She could not help but fluctuate a little, how could Shen Yu's brother be so handsome? ?

Looking at him with a stern look, he forced Shen Yu to hand over her mobile phone, and Bai Muyu, with the mentality of watching the drama, helped to say: "This is my mobile phone, what are you hiding!"

Shen Xiao turned his head and glanced at Bai Muyu. With ice slag in his eyes, he instantly frozen Bai Muyu and forgot what she was going to say next.

After Shen Xiao stared at her, he went to see Shen Yu again. In his cold eyes, Shen Yu finally gave up resistance and took the initiative to hand him the phone, whispering, "I don't know who sent it!"

Shen Xiao took the phone and clicked on the video on the page. With the sound of strange drums, the girl in the video wore a cool and glamorous skirt and began to twist her hips on the stage. Her long ribbon was thrown by her hands It must be flying all over the place, really like a fairy.

He pursed his lips, closed his eyebrows, carefully watched the video, and then opened the comment area below the video.

"I'll pinch a finger, this is really a fairy from Dunhuang."

"Upstairs, steal someone to bring me!"

Shen Xiao took a deep breath, and turned off the video fiercely. This would make him not only look at the ice slag, but his entire body was almost frozen!

"Who made this?" He squinted at the others.

Those who were stared at by his eyes shrank back in fear and shook their heads, "No ... I don't know."

Shen Xiao finally looked at Bai Muyu, raised his mobile phone, and said, "The mobile phone is yours, you talk about it."

Bai Muyu was staring at him closely, feeling as if Taishan had pressed her head, her head could not be lifted up.

For a time, she felt dissatisfied again. This man was obviously her sister's partner. Why was he so fierce to her? ! !

In the end, she succumbed to Shen Xiao's overly powerful aura and replied: "I don't know, it was someone who told me after seeing it."

Shen Xiao narrowed his eyes and thought for a while, and then asked, "This video is also available on other websites?"

So far, Shen Xiao's expression is still normal, and there is no sign of anger or illness on the spot.

In fact, Shen Yu didn’t worry much about the online video. She was more worried about Shen Xiao ’s reaction to the incident. She was afraid that he would be good. He turned around and suddenly turned over. This person was very unreliable when he fell ill, the wound on her foot still hurts!

After listening to Bai Muyu's words, Shen Xiao nodded and said while playing with her mobile phone: "Well, I will handle this matter, and there is another thing, I have to ask."

His original frozen expression, which would have eased a lot, changed into a smile-like appearance.

When Shen Yu saw him suddenly change his face, she immediately shouted in her heart: "Oh, he will be ill again!"

Sure enough, the next second, he said slowly in a low voice, "Before I came in, just a few of you surrounded my sister, are you going to bully her?"

Shen Xiao leaned on a table behind Shen Yu, one long leg stepped on the stool, one leg touched the ground, looked at Bai Muyu with a smile, and continued, "In the situation you just made, you are prepared to bully less Right? This kind of kid tricks, my brother did not bother to play when he was in elementary school. "

After finishing this sentence, Shen Xiao paused, invisiblely creating a sense of oppression, and then gradually put away the smile, and said in a cold voice: "There is something, I have to make it clear to you, my sister, only me can bully, understand? If anyone dares to murder her in the future ... "

Speaking of which, he picked up Bai Muyu's mobile phone in his hand, suddenly raised it sharply, and then hit the ground fiercely ...

The latest mobile phone shattered, and the sound was like a thunder, which shook the others present.

Shen Xiao raised his eyebrows and smiled wickedly, "It will be the same as this mobile phone in the end, it will be cracked and broken."

Shen Xiao stood up straight, picked up the jacket on the side and threw it to Shen Yu, "Go and eat."

Shen Yu was so shocked by his words that the atmosphere didn't dare to breathe. When she saw him throwing his clothes over, she didn't say anything, hug it quickly, then hug her backpack, sit up straight, and wait for him to hold.

When Shen Xiao saw her, she sneered in disgust, but still bent down and picked her up easily. After standing, he lifted her a little higher before turning around and stepping on the broken one. On the phone screen, leave arrogantly.

A few girls who were left in a room of silence and fright.

Shen Yu didn't find her voice until he was put in the car, and asked him, "Brother, why are you here?"

Shen Xiao sat in the driver's seat, did not rush to start the car, but leaned on the seat, holding her arms to look at her, without talking, she looked straight.

Shen Yu was seen panicking and gradually lowered her head.

Shen Xiao's reaction caused annoyance again, and reached out and patted her head with little force, but the crackling sound was very loud.

Shen Yu was painful, and her face was crumpled, and she stretched her hand and rubbed it and said in disappointment: "What do you want to hit me!"

Shen Xiao stared, "You are the one who hit you. Tell me about it, have you been bullied by them before?"

Shen Yu stopped rubbing her head, her eyes fluttering around and said, "All ... all passed."

Before she came, the original owner was indeed bullied, but after she came, she knew that she had rebelled and did not suffer much.

It was just that she couldn't figure it out. There were so many unremarkable classmates in the classroom. Why did Bai Muyu stare at her and bully her alone? Did she really have a holiday with the original owner before this? ? ?

Shen Xiao frowned and knotted, turned to take out his mobile phone, and called Assistant Du, "I will send you a video later, you can delete all the reposted on the Internet, and there is a forum at the Film Academy , went in to see, who sent this video in the end, whether there is any malicious, want to team up to steal people under my eyelids, to find death! "

After a long line of talking, he did not know whether Assistant Du had a thorough understanding, he hung up the phone directly, and threw the phone to Shen Yu, saying, "You find the video and send it to Du Hui." Go to the car when you are done.

Shen Xiao didn't pick it up, so he drove the car out of school.

Shen Yu sighed in her heart, wondering if this neurotic brother's desire to control is too big? Even the video of her dancing is not allowed to be seen by others. After that, she graduated and engaged in performing arts. What should I do? ?

But she likes dancing and acting. If she can’t do it in the future, she is desperate to think about it!

Soon after the car drove out, Shen Xiao's mobile phone in Shen Yu's hand suddenly lit up. She glanced at it and said, "Brother, Bai Muqing sent you a WeChat."

Shen Yu cleared her throat and said, "Xiao, are you free to have dinner tomorrow?"

After reading it, she shook her heart. Before that, Bai Muqing seemed to be called Mr. Shen. Has she changed her name? Xiao, good nauseous! !

After thinking about it, Shen Yu decided to confess to Shen Xiao and said: "Brother, the one you just smashed into your mobile phone, she is Bai Muqing's sister, Bai Muyu."

At noon, the two went to eat Japanese food, but Shen Yu suffered a foot injury and Shen Xiao would not let her eat many things.

Shen Yu felt that Shen Xiao was torturing her in a different way! !

When eating, Shen Yu accidentally received a WeChat message from Yuan Yue. She asked Shen Yu if she was free. The two met once this weekend. She had important things to tell Shen Yu.

Shen Yu frowned and replied to her: "Okay." 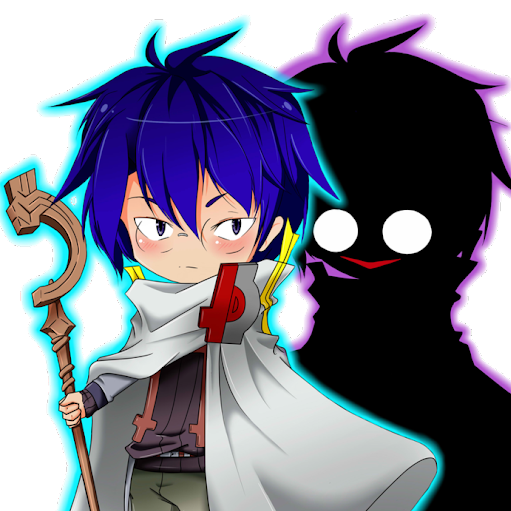