Sinaveled, keep fit is indeed Shen Yu ’s first plan. As a dancer, she manages her body much more stringently than ordinary people. The strong and fleshy little fat girl of the original owner, It is very unbearable for Shen Yu. Fortunately, the body proportion is very good. If she lose weight, her figure should be very good, that is, the chest is a little bigger, which is not conducive to dancing, but her current major is acting, so the chest is big. Nor can it be considered a disadvantage.

Voluntary weight loss is one thing, and being forced to lose weight is another. People have a rebellious mentality. The more they are forced to do things, the less willing they are to do it. She could have gradually and systematically lose weight, but now Shen Xiao suddenly asked her to perform devil-type weight loss, can she be angry?

Regardless of the style material or workmanship color, they are very delicate and perfect, but this very exaggerated skirt, except for some stage performances, most people will not wear it as a regular dress. Shen Xiao knows this, but also order so many sets at once, what did he want? Should she show him at home? The picture is very perverted!

Uncle Li dutifully hung his clothes on the two walls, and also moved a few small wall lamps to let the soft light hit the skirt, looking like the goods displayed in the shop window.

After hanging up, Uncle Li enjoyed it for a while and turned back to Shen Yu sitting on the treadmill: "Miss, come on, so many beautiful skirts are waiting for you."

Shen Yu pulled her shoelace anxiously and looked up at Uncle Li, "Uncle Li, are we not on one side? How can you bully me with my brother? Do you think I should lose weight ??

Uncle Li stepped forward, squatted down to tidy up her shoelaces, and put on a beautiful bow, saying, "I think as long as you can be happy, you can do anything, but you are 20 years old but have not a boyfriend. Maybe you lost fat and you have a boyfriend. "

Shen Yu sneaked her head sneakily to look outside the glass wall, then whispered to Li Shu: "I don't like Bai Muqing and don't want her to be my sister-in-law."

Uncle Li also lowered his voice and asked softly, "Why?"

"She has had scandals with many male celebrities before, and her reputation is not very good." Although it is bad to say bad things behind her back, but to destroy the relationship between Shen Xiao and Bai Muqing, she must find some teammates.

Uncle Li had no doubt about her, and nodded, saying: "Shen's family is very big, and finding a hostess should not be too casual."

Shen Yu nodded vigorously, thinking that Uncle Li could really get it!

Shen Xiao returned home, changed his slippers and walked directly to the gym. Recently, he has always been able to discover a steady stream of happiness in this place!

Looking far through the glass wall, I saw an old man and a young man squatting next to the treadmill, looking very attentive, so he walked in quietly with his long legs, walked next to them, and then squatted down, then said strangely,” What are you plotting? Can you share with me? "

More people came out of thin air, and the two who whispered were startled. Uncle Li fell directly to the ground.

Uncle Li looked back at Shen Xiao, holding his old waist, and asked, "Sir, is it okay to hang the skirt like this?"

Shen Xiao swept his head in a squat position and nodded in satisfaction. "Yes, Uncle Li, you are quite artistic." He turned back to Shen Yu and said, "These are your goals. Come on. I'm optimistic about you! "

"What about the doll matching the clothes?" Shen Xiao suddenly remembered and asked Uncle Li.

Uncle Li stood up and pointed to several large boxes in the living room and said, "I haven't opened it yet, I'm afraid it will break."

Shen Xiao clapped his hands and stood up, holding Shen Yu's wrist. While walking out, he said to Shen Yu: "Go, see which one you like."

Shen Yu's eyes brightened and asked in a low voice: "Which doll do I like? Will you give it to me?"

Shen Xiao gave her a particularly dismissive glance, and his face clearly read: What are you dreaming of? ?

"I just want to know which one you like, and then you take that skirt as the first goal and practice every day to death, okay?"

Shen Xiao made fun of her. Uncle Li had opened the box and started to take out the dolls. The SD dolls with exquisite workmanship and different shapes were taken out and placed on the sofa. There were 10 in total.

Is this neuropathy ready to wholesale SD dolls? ?

Shen Yu soon discovered that the skirt on each doll was the same as the skirt that Uncle Li hung in the gym, so this is the new gameplay that Shen Xiao thought of? ? Ready to dress her as an SD doll live-action version? ?

Shen Xiao, holding his arms, he directed Uncle Li to pose for the dolls, let them sit next to each other on the sofa, and finally left a space, he sat down slowly and looked like father with a group of daughters!

The scene is quite weird!

Shen Xiao leaned comfortably on the back of the sofa, lifted legs, and said to Shen Yu: "You can go to exercise now. You have to practice for two hours today to get out."

Before she could finish talking, Shen Xiao raised his eyebrows and said, "Unwilling? Then change to Uncle Li."

Uncle Li, who was named, did not panic and smiled: "Sir still cut me in half and put it in a skirt, it is more convenient!"

Shen Yu rebelled against failure and could only walk into the gym indignantly to start exercising. During the running, she could see outside the glass wall, the living room sofa, Shen Xiao holding a doll in his left and right hands. Those dolls were sitting in line together, seriously admiring her heroic exercise!

After two hours, Shen Yu was so hungry, hurried back to the room to take a shower, and went downstairs to dinner.

In the two hours of her exercise, Uncle Li had already made dinner, and this was going to the table. Shen Yu wiped her saliva and walked over to take a look. "Braised trotters, braised chicken, squirrel fish, Spicy shrimp ... wow, and roast duck! "Those are her favorites, she felt she can eat two bowls of rice tonight!

After serving the meat dishes, Uncle Li brought a plate of green vegetables and a large bowl of fruit salad.

Uncle Li wiped his hands with a rag and smiled and said, "The dishes are all, you can eat."

Shen Yu rubbed her palms and picked up the chopsticks to prepare for a battle. As a result, before the chopsticks caught anything, Shen Xiao knocked on the chopsticks and saw him sneer: "I think you might have made a mistake.  Only one bowl of fruit salad is your dinner, the rest is mine. "

At this moment, she seemed to be pierced by ten thousand arrows and fell down on the table weakly.

As she was dying, Shen Xiao made another cut: "Oh, for the next month, your dinner will be a bowl of fruit salad!"

Shen Yu twitched twice and died on the spot.

Shen Yu had never imagined that Shen Xiao could be so ruthless, she would give her a bowl of fruit salad every dinner, and he was in front of her. Today ’s seafood, tomorrow ’s stew, and the spicy crayfish , One day he actually moved Chongqing hot pot to the table! ! ! !

Damn, if he eats like this every day, isn't he afraid of eating his own into a big fat man? ? ?

Really hungry, starved to death, hungry for several days, she saw Hasky and want to bite up.

Fortunately, she can also improve her meals at lunch, but how can the food near the school compare with Uncle Li's craftsmanship, her appetite has already been raised by Uncle Li, and the meat dishes outside she can't even look down on! !

However, after such a toss, the effect of losing weight is really good. She lost five pounds a week. When she stood on the scale and looked at her weight, she could not believe it.

Previously, because of being fat, the original owner's clothes were all dark colors and loose styles, so even if she is now thinner, and those fat clothes are blocking it, the effect will not be seen. Since the SD doll, Shen Xiao began to dislike her dress, and even simply gave her a card to let her buy some clothes that is beautiful.

But Shen Yu just ignored it, wearing old clothes every day, specializing in his eyes!

Ever since she and Bai Muyu passed each other, Bai Muyu was unwilling, and then mobilized the whole class to continue to exclude Shen Yu. However, in Shen Yu's opinion, it was just a little kid's trick.

However, this monthly exam was more troublesome. The teacher asked the classmates to perform a program in groups of two. Shen Yu watched in the class and found that she couldn't find a partner.

Just when she was about to confess the fact to her teacher, someone approached her and threw her a script, saying, "If you act according to this, I will be with you." 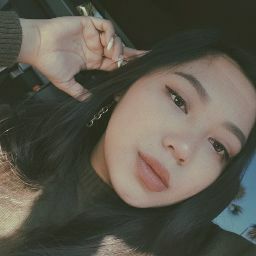