Xue Jiayue was so excited that she quickly quit WeChat and then logged in to the game. Even the short seconds before loading into the game was driving her mad. How she wished she could directly fly there.

At last, the game was loaded, and Xue Jiayue entered. She clicked to open her buddy list and saw the bright avatar of "killing the world". She sent him a smiley face.

"Killing the world": Let’s team up in the Xuanyuan Instance. I'll take you with me.

Xue Jiayue quickly accepted his invitation, found his coordinates on the map and rode all the way over there.

On arriving at the destination, Xue Jiayue saw the heroic "killing the world" standing at the door of the dungeon, dressed in a red suit and holding a Machete. Some female players passing by couldn't help stopping to look at him.

Xue Jiayue hurriedly jumped off the horse, ran up to him and tapped out the sentence, "I'm coming."

"Killing the world" announced, "Everyone is here. Enter the instance. "

Instantly, the interface changed, and Xue Jiayue was taken into the Dungeon by "killing the world".

Xu Yanwen and Xu Yanlin came back after giving a call to Uncle Xu outside the ward. He saw Xue Jiayue was playing the game excitedly with her mobile phone, so he sat down next to her, took a glance at the game interface but kept quiet without  disturbing her.

Xu Yanlin, however, was excited. He came up and recognized at a glance that she was raiding in the Xuanyuan Instance. He let out a cry of joy, "Oh, you're playing this game, too, which zone are you in? How many levels? "

Xue Jiayue did not have time to respond to him. She was busy ratting  behind "killing the world".

Xu Yanlin had to watch the battle beside her, but soon, he could not help pointing out her mistakes, "Why, you're such a poor fighter. Your level is over 80, how can you still operate so badly?"

"It’s none of your business. I am an  RMB player, all right?" Xue Jiayue answered back.

As she just stopped speaking, Xue Jiayue was seckilled by the BOSS and left only the last third of the blood. In a word, she was dying.

At that very moment, before she could react, "killing the world" beside her attacked the BOSS while signaling her to stay away. Xu Yanlin also shouted anxiously in her ear, "Hurry and hide !"

Xue Jiayue had to operate her character to get out of the way and left  the BOSS to "killing the world" and other teammates.

During the process of Re-buff for the blood back, Xue Jiayue heard Xu Yanlin laugh at her, "Oh, you're playing really bad. I have a Grade 100 full-level number in the zone of East China. Do you want me to take you?" "

“Nope,” Xue Jiayue refused shortly. How could she let Xu Yanlin take her? In that case he would certainly take the opportunity to laugh at her.  She was not a masochist, so why should she make Xu Yanlin despise her?

Xu Yanlin smiled. He took a glance at her game interface again and offered, "It turns out that you are in the Southwest zone. I’ll get a Smurf to play with you."

"But I am busy, "Xue Jiayue refused him again. She didn't think he would really come to play with her. He would come to laugh at her instead. She knew herself well that she was the kind of RMB player who couldn’t fight and only relied on others' lead and protection.

Xu Yanlin was very proud of himself. He didn't care about Xue Jiayue's refusal at all. He continued to talk to Xue Jiayue. Xue Jiayue was busy dealing with the creeps in the game and had no time to talk to him.

"Xu Yanlin, it's late. It's time for you to go home," urged Xu Yanwen, who had been silently sitting next to him. It seemed he didn't like the way Xu Yanlin kept pestering Xue Jiayue about the game.

Xu Yanlin was not afraid of other people, but he was always obedient to Xu Yanwen. Since he asked him to go home, he would of course follow his idea, so he quickly responded, "It's really too late, and I'll go back first. I’ll come to see Grandpa tomorrow."

"I'll let the driver send you home," Xu Yanwen answered while calling the driver, Lao Tan to make the arrangement.

"Big brother, big sister, bye-bye," Xu Yanlin took a look at Grandpa Xu and found that he was sleeping quietly, so he didn't disturb him. He waved goodbye to Xue Jiayue and Xu Yanwen, and obediently went away with the driver, Lao Tan.

After Xu Yanlin left, Xu Yanwen saw that Xue Jiayue was still playing games. His diamond watch on his wrist told it was already 11 o'clock at night.

So he had to remind her, "It's late. Don't play games now. You go home to rest."

Xue Jiayue answered without raising her head, "I'll get this big BOSS done in a minute. "

Xu Yanwen said nothing but to sit next to her waiting silently.

As the BOSS died, a lot of LOOT came out. "Killing the world" only took a Brand and gave Xue Jiayue a Cape.

Xue Jiayue was very happy and grateful about the gift.

"Killing the world" informed, "I have to log out now. Let’s play the game together at this time tomorrow."

"All right!" After making an appointment with him about the exact time, Xue Jiayue also quit the game.

Xu Yanwen, who had been silently watching her aside, immediately told her, "You go home to rest. I'll accompany Grandpa here. Let the driver take you back."

Xue Jiayue took a look at Grandpa Xu lying on the bed and shook her head, "No. I'll stay here, and I can't sleep when I go back alone."

Her answer might cause different interpretations, but what she meant was that she would not be able to sleep because she was worried about Grandpa Xu. Although Xu Yanwen understood this, he couldn't help but have a ripple in his heart.

There was only a companion bed in the ward, dedicated to the care of the patient's family. Xu Yanwen said to  Xue Jiayue, "You're going to work tomorrow, so you go to bed first."

" And what about you?" Xue Jiayue asked.

Xu Yanwen said, "You go to sleep first, I will stay up till midnight, and then I will sleep."

Xue Jiayue glanced at the bed next to her and nodded in agreement, "All right!"

"Good." Xu Yanwen raised his hand and tried to caress her hair, but he stopped when he suddenly thought of her refusal. He told himself in his heart not to be anxious, but to be patient. As long as she was there by his side, he would be able to repair their relationship in the end.

Of course, Xue Jiayue knew nothing  what Xu Yanwen was thinking. She first went to the bathroom to do some  washing, and then went to bed.

Lying on the companion bed, thinking that Xu Yanwen was still guarding nearby, Xue Jiayue felt difficult to fall asleep. However, she didn’t want Xu Yanwen to notice that she was still awake, so she lay stiff on the bed, closed her eyes, and stayed still

But even so, Xu Yanwen was smart enough to find it out, so he stood up, took his mobile phone, pretended to go out to make a phone call, and soon walked out of the ward.

The door of the ward opened and closed. Xu Yanwen went out. Xue Jiayue finally relaxed. Soon, sleepiness hit her, and unkknowingly she fell asleep at last.

After a long time, Xu Yanwen returned to the ward. He looked at Xue Jiayue. She was lying on the bed with her back to him, motionless. She breathed quietly, as if she had fallen asleep.

The ward was very quiet. Xu Yanwen turned off all the sounds of the phone, sitting on the sofa by the side. He then logged into the official website of the game Xue Jiayue had just played, and began to load a game exactly the same as Xue Jiayue’s.

When the game was loaded, he chose the southwest zone and created a new game character. Then he logged in and talked to the NPC（Non Player Character） in the game. Afterwards, he began to practice as a Newb, a level 1 player.

Xu Yanwen's character was a little warrior dressed in ordinary clothes. He worked hard to do the mission in the novice village. He soon accumulated a lot of Experience Points and rose to level 10 so that he could leave the novice village.

Just then, Xue Jiayue on the bed beside him moved. Xu Yanwen was shocked and quickly put down his mobile phone and looked up at her.

Xue Jiayue was still sleeping actually. She was turning around in her dream just now, so she had no idea at all that he was playing a game there.

The quilt slipped off her body. Her short sleeved pajamas showed her slim waist and round shoulders. Her silken hair strayed to the edge of the white bedspread, which made her skin as fair as jade.

In the dark, Xu Yanwen's eyes were bright and frightening. His throat was tight, his mouth was dry and his Adam's apple was rolling up and down.

Somehow, he suddenly stood up, walked gently to her, and gazed at her quiet sleeping face. She was so beautiful and charming that he was deeply intoxicated. Slowly, he leaned down and kissed her lightly on the lip. 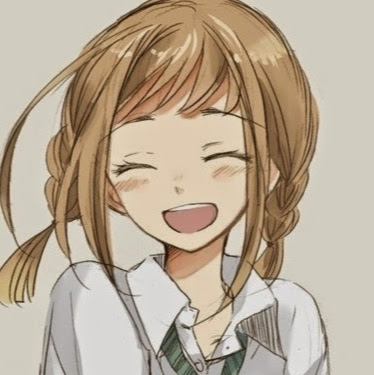