As soon as Xu Yanwen picked up the phone and slid the answer key, Zhou Chenguang's giggles came over to his ears,

"Why don't you come again?" Zhou Chenguang was disappointed and complained, "You haven't played with us for a long time."

"It’s none of your business," Xu Yanwen replied.

Zhou Chenguang was about to hang up the phone, when Tang Yichuan called out, "Are you really not coming out? You don’t want to join us? "

Xu Yanwen paused for a while and said, “ Next time.”

Tang Yichuan replied, "Okay, then you have to remember that you have promised me about this."

After answering the phone, Xu Yanwen turned around to look for Xue Jiayue. He had just deliberately teased her and thought she would cling on him for a few more requests. Unexpectedly, she had left without beseeching him further. It's really not the same as the time when she was a child. In those days, she would not let him go until he agreed to her requests.

On the balcony, Xu Yanwen found Xue Jiayue. He walked over and said to her， "Go to pack up, and we will leave in a moment."

"Since we’ve told Grandpa that we are travelling in the neighbouring city, we should go on with our play!"

Upon hearing this, Xue Jiayue jumped up with joy and cried happily, "Brother Xu, you are so nice."

"Then why don’t you go to pack up?" Xu Yanwen's mouth curled into a smile.

"I will go right away!" Xue Jiayue extended a jaunty salute to him and ran to her bedroom while cheering,

Xue Jiayue packed up her luggage at the fastest speed and followed Xu Yanwen into the car to go to the neighbouring city.

On the way, Xue Jiayue was very excited, and she downloaded a travel app. on her mobile phone. She wanted to search carefully for any good whereabouts in the city they were going. She planned to have a great time there. Thus, she sat in the car reading and constantly informing Xu Yanwen what she found in the app.

"The Cai Family Courtyard is said to be an old house from the Qing Dynasty. The buildings inside are all antiques. The things left are all old objects. We can go for a visit there. Visitors rate this scenic spot highly."

"There is a Xiangguo Ancient City not far from the Cai Family Courtyard, where there are all very old houses. Mandarin fishes and vegetable cakes are their specialties and very tasty."

"There is also this porcelain museum. I heard that the porcelain produced in the city was previously exported abroad. There is a joke that someone bought a porcelain vase when traveling abroad. When he was home, he asked an expert to examine it, but in the end he was told that the vase was made in Chia, right in the city itself!"

Xue Jiayue couldn't help laughing after reading the comments, and turned to ask Xu Yanwen, "Do you feel that it's funny?"

Xu Yanwen answered lightly, "This may well be an apocryphal story. Do you believe it?"

‘This man is so boring! He didn't even understand the joke.’ Thought Xue Jiayue curling her mouth. She then turned around and continued to read on her mobile phone.

The person next to him finally calmed down. Xu Yanwen turned his head subconsciously to Xue Jiayue. He found she was enjoying the pictures of the scenic spots. Her eyes were shining with interest and she seemed to be unable to sit still and itched to have a go.

"Don’t you remember that you have been there before?" asked Xu Yanwen. He noticed that Xue Jiayue was looking at a picture of a bell tower. Both of them did have been there when they were young. He also pointed out that the pictures on the Internet were obviously untrue, and actually, “the city hopes to attract more visitors.  The place looked not so good in fact. "

It was not long before Xue Jiayue travelled through time, and the original didn’t leave her with memories of being to these places. That’s why she appeared excited when she saw these attractions and wanted to take a look. Now that Xu Yanwen mentioned it, it was like a basin of cold water pouring to her enthusiasm for the trip.

"I've been there before, but now I want to go again, can’t I?" Xue Jiayue argued. But secretly in her heart, she shouted, ‘You are that fool! And all the ones in your family are fools!’

Although the words were not spoken out, Xu Yanwen guessed out what she really wanted to say by a mere glance at her.

Xue Jiayue was taken aback for a moment, and she quickly realized what he meant. Her face suddenly turned red. He was laughing at her because she cursed herself too just now.

‘Xu Yanwen is really not cute!’ Xue Jiayue thought bitterly in her heart.

It took more than two hours for them to arrive at their destination, and it was almost exactly time for dinner. Xu Yanwen asked the driver to go directly to the best hotel in the city.

They at last got off at the hotel entrance. But when they carried their luggage and walked into the lobby, Xu Yanwen accidentally met an acquaintance, and that person was no other than Gu Tingshen, the president of the Gu’s Group and his wife, Tang Xintian.

Xu Yanwen hurried forward to say hello to Gu Tingshen, "Mr. and Mrs. Gu, it’s such a nice surprise to meet you both here.

At present, both the Xu’s and the Gu’s Group are working together on a large project. Since the CEOs of the two groups met, they had a very interesting chat.

Time passed unknowingly, but Xu Yanwen and Gu Tingshen were still immersed in their topic, so they decided to have lunch together, so that they could chat while eating.

In the restaurant’s private room, Xu Yanwen and Gu Ting went on with their business talk. Xue Jiayue and Tang Xintian could not understand them at all. They could only eat while talking about some new clothes and skin care products they were familiar with.

Xue Jiayue and Tang Xintian had a pleasant chat, and they two even planned to go out shopping together after dinner, and let the two men talk about their own business.

"I’d like to take a look at Drum Tower and Xiangguo Ancient City," said Xue Jiayue. She told Tang Xintian that according to the online comments, these two places were currently rated number one.

Xu Yanwen and Gu Tingshen were still having lunch and their talk seemed to be endless. Xue Jiayue and Tang Xintian decided to leave them alone and went for their appointments. Thus, hand in hand, they left with joy.

Sitting in the car going to the Drum Tower, Xue Jiayue heard her phone ringing. She quickly took it out and found there was another bank transfer text message.

Xue Jiayue clicked on the text message and her hand couldn't help shaking, almost dropping the phone to the ground.

This time Xu Yanwen transferred a larger sum of money to her. It was more than the last pocket money.

Could it be another pocket money for her?

In fact, Xue Jiayue was right. Xu Yanwen transferred money to her because he was worried that she would be short of money when shopping with Tang Xintian.

Xu Yanwen understood that women usually spent a lot of money when they were shopping.

When preparing to send, Xue Jiayue hesitated again. After a pause, she deleted the paragraph, and finally sent only a thank you picture.

On the other side of the phone, Xu Yanwen received the picture sent by Xue Jiayue, in which a lovely girl held flowers in her hand and said to him, “Thank you, Boss.”

He wanted to return a thank-you note, but he atopped after thinking about it. Finally, he quickly downloaded a few interesting Q-version pictures on the Internet, and then selected one he liked to send to her.

Xue Jiayue soon received the message from Xu Yanwen. On seeing the picture in it, she could not help laughing out loud holding her phone in her hand. 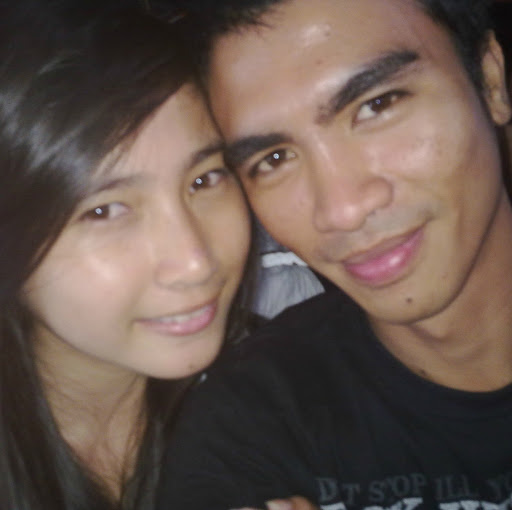