Ruan Jiujiu woke up with a dream of being a rich woman.Because... The transfer from Li Yun was over RMB 700,000 yuan!No wonder the original host became down and out after divorce. How could she, without any hesitation, give all her money even borrow from others to Li Yun to “make an investment”? She should feel lucky for not being sold yet.

Ruan Jiujiu did the math happily and found that based on the current situation, she’ll get more than enough of money and can even start her own small shop.Ruan Jiujiu’s dream was to open a book cafe, raise a fat orange kitten, every day sit in the doorway to bask in the sun and play with the kitten. During her spare time, she could draw a few pictures. Now she began to dream about a happy life and thought herself was just around the corner from her dream.

Ruan Jiujiu, humming the song, finished her shower. She rubbed her body lotion. The mirror in the bathroom was covered with mist, hazy but reflected a gorgeous face. The woman looked sentimental and more charming without any makeup.

Ruan Jiujiu patted her face with great joy, and then applied a mask.Walking with light feet, she opened the bathroom door. Happy as she was, but sad as she will be.She didn’t stand firm and slipped suddenly. She screamed but couldn’t seize the doorknob, and then slid forward with her butt fell on the wooden floor."Boom!"She whispered in pain."Clack."A bottle of Wow haha rolled down to her feet and stopped. Ruan Jiujiu, stunned, then raised her head and eye to eye with Cheng Jun.

The beauty was lying on the ground delicately with elbows against the floor. Her bathrobe diverged, revealing not much sexy parts. The legs were slender. The nice breasts were tightened by a bath towel, and the collarbone looked delicate. Perhaps it was because she had just taken a shower, so her tender pink skin was so tempting .

This situation, normally no man could handle it.But Cheng Jun said: "You scared me."Ruan tweeted: “? ? ?”Did you speak English? ! If didn’t, just shut your mouth, OK?Because of Ruan Jiujiu’s warning, there was no coke in the house, but only left various dairy products including... Wow haha and Yakult. She was suspicious of Cheng Jun’s intention now—deliberately irritated her because she didn’t allow him to drink coke.But it proved that she really thought too much.

Because she saw no sign of helping her up, let alone some bleeding nose or heart losing. In her eyes, he just picked up the bottle and left.

Ruan Jiujiu: "..." That was it?She was angry, picked up the slippers and threw them towards him. The slippers flung onto his butt and flicked off again. Finally, he stopped.The voice, with teeth ground, behind him: "Help me get up."This was a bad fall. Ruan Jiujiu bruised her elbows, and her whole body felt like a broken frame. But Cheng Jun was acting like it was no big deal. He got her to the couch and began to peel a piece of chocolate.  To get back at him, Ruan Jiujiu grabbed it, took a big bite and then proudly demonstrated to him.Cheng Jun stared at her, silent for a long time.It was strange to be stared at by him. His eyes were narrow, with pretty beautiful black pupils. The emotion in his eyes was so inexplicable that Ruan Jiujiu gradually couldn't laugh.She swallowed her dry throat, and pretended nothing happened: "What are you looking at? I know I’m pretty."Cheng Jun continued to stare at her: "Good?"Ruan Jiujiu: "... um?"Cheng Jun: "It seems that the expiration date has passed."Ruan Jiujiu: "..."It occurred to her that the day when they had went to the supermarket, they hadn’t buy chocolate at all. So, where did Cheng Jun find this one?Looked like he could feel the same way as well, so he slowly made things worse: "This was found in the coat pocket of last winter."Ruan Jiujiu felt like a kick in her throat. Now either swallowed or spat it out was awkward.Bastard!She stared angrily at him and proclaimed: "You, no breakfast."Cheng Jun restored his living will because of the breakfast. It seemed that he was trying to defuse the tension."I might have a bag of chocolates that haven't expired yet. Do you want it?"Ruan Jiujiu: "..."

Fine, thank you.However, it looked like this episode broken the ice a little. Although they had been eating at the same dinner table these days and got maybe a few talks, Ruan Jiujiu, after all, knew nothing about his past, including his 24-hour closed door.

However, she didn't need to know much, did she? Ruan Jiujiu caught her breath in her heart.The current relationship mode was very good. Two strange friends but helped each other—this was how she defined their relationship."Are you going out today?"Ruan Jiujiu asked this for a reason.Because Cheng Jun stayed in his study at almost every weekdays. On occasiona he’ll go out, often wearing his sweaters and sportswear, which certainly not for official occasions, so in Ruan Jiujiu’s eyes, he was equal to a nerd.Some people looked righteous on the surface but you maybe had no idea how many T resources in their computers. Ruan Jiujiu imaged his room was fulled of garage kits.

Cheng Jun gave her a rather indifferent look, wondering what she was thinking with such a strange expression."Yes.""Then wait a second, we’ll be out together." Right, she’s going to put away a bunch of things in her room, including a few pieces of strange underwear.“Wait a second” said by women meant the unexpected long time.Half an hour passed.An hour passed.When Cheng Jun checked his phone for the Nth time, she, tired and sweating, dragged a black bag out of the door: "By the way, help me throw it out."Cheng Jun got up, picked up the plastic bag without complaining, and went out first.Ruan Jiujiu followed behind with a bag.Cheng Jun was very tall. Ruan Jiujiu seemed only up to his chin when wear no high heels. The heel can still feel the pain caused by the fall last night, so she gradually slowed down.At this time, a figure crossed her and hurried forward.They walked out of the building, and there was a staircase outside the door. Ruan Jiujiu knew the figure who had crossed her. The little girl, she was the daughter of a family upstairs and often took trash dumping as an excuse to run into Cheng Jun. However, she had just met with Ruan Jiujiu for several times.

And she, somehow, will roll her eyes at RuanJiujiu.The little girl wore a white dress with high heels, like a light lotus, hurried towards Cheng Jun.Ruan Jiujiu still didn’t figure out what she was plotting. So in her blank gaze, this girl suddenly made a sound “Ah,” pretended to twist her ankle, and then flung into Cheng Jun ’s back!Ruan Jiujiu was astounded.This wasn’t a shy lotus. It was simply a tiger going down the mountain, or a hungry wolf pouncing on its prey. As long as she bit it, you never expected her to let go of it.   Ruan Jiujiu already pictured the following scene in her mind.When it was a time hang by a hair, Cheng Jun, carried a plastic bag, stopped. The lotus girl, immersed in the excitement and shyness, felt almost there. However, Cheng Jun took a step very calmly, which just left an empty space for her. At this moment, the scared girl had nothing to do but screamed miserably.Ruan Jiujiu: "..."At the same time, Cheng Jun went off his hands, letting the plastic bag roll down. She just fell on the soft bag half a person high, so as not to bump the head to bleeding.An embarrassing thing happened.The bulging bag was suddenly exploded by her gravity pressure. She didn’t even realize her head plunged into those clothes. The girl was lying on the garbage bag with fear. It  seemed that she suddenly found it was a little indecent, so looked up but pulled a strap from the head. A strap with lace texture and bright red.

"..." Looking at this, Ruan Jiujiu thought of a funny video—becoming Gege for one second.The little girl with a sexy bra on her head noticed something was wrong and her expression changed. She twitched and ripped down the thin strap. After seeing what was on her hand. Her face suddenly turned blue and white.Cheng Jun, with one hand in his pocket, stood on the first floor of the steps. He looked at her indifferently and didn’t mean to offer any help.Finally, the little girl couldn't hold her grievances, bursting into tears, throwing away the bra and running away.Ruan Jiujiu: "..."This wasn’t her fault.Cheng Jun moved slowly down the stairs and leaned down to pick up the bra and tightened the bag naturally. Ruan Jiujiu felt a little bit embarrassed. Although she didn't wear it before, nominally, it was her underwear.She quickly walked down the stairs: "Wait! Let me... Ah!"Suddenly her ankle, at a loss of strength, was in great pain. Ruan Jiujiu almost fell.She swore that she saw Cheng Jun, the dog man, also walked off! Absolutely!Walked! Off!She quickly grabbed Cheng Jun's clothes. Sure enough, he didn’t steady himself, so just like a tree that was blown by the strong wind, fell straight down on the ground. While Ruan Jiujiu, of course, right in his arms, not hurt at all.

The beautiful lady in his arms was soft and fragrant. Her black hair was like a waterfall, and a flush of blush rose on her white cheeks.She said softly: "Are you okay."Cheng Jun: "..."Eye to eye.Ruan Jiujiu was very puzzled, but then she ground her teeth and sneered: "I suppose you don’t say I'm too heavy?"Cheng Jun swallowed the words about to blurt out."No."Ruan Jiujiu: "..."Cheng Jun: "My hand is broken."Ruan tweeted: "? !"

She sat up quickly and looked awkwardly as Cheng Jun raised his soft left hand. He sighed gently, which made her even more awkward."Sorry, let's go to hospital! I’ll definitely reimburse you for the medical expenses!"If Ruan Jiujiu knew how much the sky-high insurance he bought for the hand, she would never dare to say that.Never.The author had something to say: How did it feel to be pressed on your wife?Cheng Jun: Like an excavator, ten stuffed elephants, or……

Cheng Jun: It was hurt. 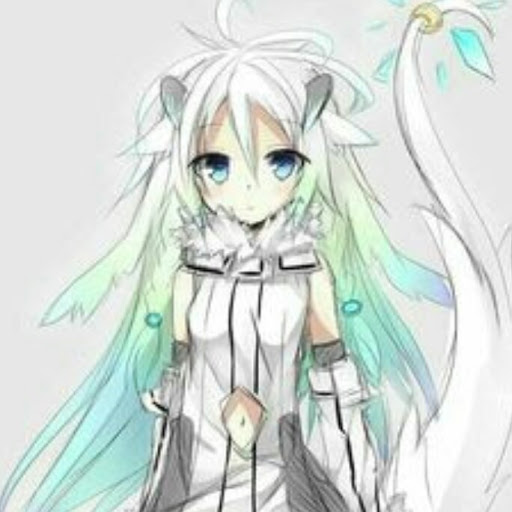 plotlayer 2020-04-28 05:49
What's with the sudden drop in quality for this chapter? Was there an issue with someone reposting the chapters on wattpad or something? the other chapters read like theyve been translated by person, or at least thoroughly edited beforehand. But this chapter seems like a MTL, with very the minimum editing required to make the chapter fully in english. and what's with all the ♂♂ in the chapter?