The two returned to the hotel room and Ruan Jiujiu sneezed.

She rubbed her nose and gave herself a cup of warm water. The snow outside was even heavier. The sky was full of snowflakes falling on the ground. Ruan Jiujiu stood by the window and looked out. The silver snow stretched without end.

Ruan Jiujiu looked at the snow. Her red cheeks finally returned to normal after she calmed down.

"I met White Horse today. She is a friend I met in the game. Her boyfriend is also here. You see him?"

"You talk? How you feel?""Not bad."After receiving the answer, Ruan Jiujiu continued: "Good. She invited us to have a breakfast and lunch together, and they’ll leave in the afternoon. You come?"

Cheng Jun was peeling the red pomelo seriously. Without looking up, he said: "Okay."

Ruan Jiujiu sat on the couch and turned on the TV. It was the time for soap operas. She chose a family ethics drama and watched it boringly. Cheng Jun slowly peeled the grapefruit and handed half to her. The two ate grapefruit in harmony.

Ruan Jiujiu took a glance at it and saw that was from White Horse. She was busy eating grapefruit and tapped that voice message with her little finger. Then the cheerful voice sounded: "Jiujiu, remember what I said. Tonight will be hot~"

"! ! !"Ruan Jiujiu coughed hard, trying to turn off the voice. But then she just  repeated it again.

Cheng Jun cast a glance to ask her silently."Nothing…"

Ruan Jiujiu was really in a dilemma now.

As long as she thought of White Horse staring at them with strange eyes tomorrow, and she might even ask why there was no sign of small strawberries, Ruan Jiujiu became more entangled. Holding a cell phone in a daze, Ruan Jiujiu even forgot to eat grapefruit. While she didn't pay attention, Cheng Jun silently took another pieces of grapefruit to continue eating.

"Hey."Cheng Jun, who was caught on the spot, had a strong desire to survive: "Sorry, here you are."

"In order to avoid a little trouble, how about having a cheating game?" Ruan Jiujiu moved to him, staring at him strangely, "Let’s be fruit farmers."

In Cheng Jun's puzzled gaze, Ruan Jiujiu sat upright suddenly and put one hand on his shoulder. Cheng Jun's spine, with reflexes, stiffened in a straight line. He watched Ruan Jiujiu reached out her hand and touched his throat.

Her fingers were soft and cold, with a sweet and sour smell of grapefruit. The fingertips flicked back and forth around his neck.

Her eyes were sincere. She was purely like a young girl in adolescence, and didn’t realize what she was doing now. His throat knot rolled up and down, and his voice suddenly became low: "What are you doing?"

Ruan Jiujiu focused on his throat.

Cheng Jun didn't have much soft flesh. His neck was slender, and his collarbone was unusually obvious, so it must be very painful if being pinched

Ruan Jiujiu said seriously: "Let me do this for us."

Her full and round nails rested on Cheng Jun's right side neck. Suddenly she raised her nails, pinched a small piece, and twisted it to the right.

It was her first time to pinch others. She didn't use too much strength, and her fingers were a little trembling. For Cheng Jun, it was like a mosquito biting on him. He sniffed the fragrant breath of her. She looked up at him, and her mouth slightly opened because she was too focused. Cheng Jun could even see her pink tongue tip.

Cheng Jun looked at her, and was unable to move. It looked like he was enchanted. His breath was suddenly heavy.

"Ah..." She sighed in disappointment.

Strawberry marks? Joking! There wasn’t even a little red.

"What are you doing?" he asked slowly.

"In order to avoid White Horse always being curious about my sex life, I need to make a few small strawberries artificially so as to dispel her curiosity." Ruan Jiujiu looked seriously, and didn’t notice Cheng Jun’s emotion changing, "Do you have any ideas? It’s best to be seen when eating together tomorrow."

"Should I try harder? Can you take it?"

Cheng Jun said: "It doesn’t work. It's better to scratch it around my neck."

Ruan Jiujiu had to admit that this seemed like a good idea. She stretched out her hand to measure left and right, but failed to find a place to start. Her nails flicked past the collarbone, just like a kitten scratching, not hard and with a bit of itchiness. To others, it seemed like flirting.

"Forget it, I can’t do this to you." If she did it, a few blood traces will be left in the neck. It was hurt enough! If this was seen by Tu Nan, he will get a lot of imagination. So she won’t find trouble for herself.

Ruan Jiujiu stood up and said, "It’s better for me to sleep now."

She went back to the bedroom, but after a while she heard the sound of water. Probably Cheng Jun was taking a bath. Ruan Jiujiu still can’t sleep. When she saw the soft drink placed on the bedside table, her eyes suddenly lit up—she had an idea.

The sound of the bathing water stopped. Ruan Jiujiu jumped off the bed, wearing slippers, and ran to the door of Cheng Jun’s bedroom briskly. She stepped into the door while opening: "So, I got a... good.. idea..."

The curtains were pulled, and only a bedside lamp was turned on. The lights were dim.

He turned his back to Ruan Jiujiu and was changing the clothes. He only wore trousers now. From the angle of Ruan Jiujiu, she saw his great muscle back, a perfect waistline as well as long and strong arms.

Ruan Jiujiu probably neither expected to bump into Cheng Jun's changing clothes, nor to find him having such a good body figure. She stayed in place for a while and forgot what she was going to say.

Cheng Jun slowly put on his pajamas with his back to her.

His hair was dripping. The water slid down the shoulder blades, and eventually disappeared into the flank.

Ruan Jiujiu only felt heat rushing up her face. Her nose was hot, as if there was a nosebleed. She subconsciously rubbed her nose, which made her a little comfortable.

Holding a straw in her hand, her face gradually returned to normal. "I found a good way, let's try it?"

Cheng Jun turned around silently, and walked slowly to Ruan Jiujiu. With no expression on his face, and a pair of slender eyes drooping with thick and long eyelashes, Ruan Jiujiu couldn’t tell from his face. He turned his back to the dim light, so the room seemed to dim a few more at once. Ruan Jiujiu could hardly to see the emotion in his eyes.

Cheng Jun took a step forward, Ruan Jiujiu stepped back subconsciously. Her back hit the cold wall, and then she calmed down.

"What are you doing? Don't scare me, I'm not afraid of ghosts."

Cheng Jun frowned, as if suppressing some agitated emotions. He was very different from the calm, or even indifferent guy in normal days: "Don't come in at this time."

Ruan Jiujiu looked up at him blankly. Cheng Jun didn't look like he had just taken a shower, because he didn't have steaming heat on his body. Instead, he was cold. Even his exhaled breath was cold. It looked like he had came back from a rain.

The water droplets of Cheng Jun's hair fell down to Ruan Jiujiu's cheeks, making her tremble with cold.

Cheng Jun put one hand in his pocket and reached out another hand to gently wipe off the water on her cheeks. Compared to Ruan Jiujiu’s soft fingertips, he had rougher ones. It was a little itchy, causing Ruan Jiujiu felt somehow awkward. She turned her head: "I’ll do this myself."Suddenly her jaw was pinched.

Ruan Jiujiu was in surprise. Cheng Jun, the nerdy guy, dared to pinch her chin? He wanted to die?

Ruan Jiujiu was at the edge of getting angry. She suddenly raised her head, and then saw his face was really close to hers. Cheng Jun slowly helped her to wipe off the droplets. May be it was because of the light, his voice was a little deep like flirting with her.

"You can’t do this by yourself. And, you can't do it alone by growing strawberries."

The author had something to say:    Ruan Jiujiu: I think something goes wrong with him...O.O 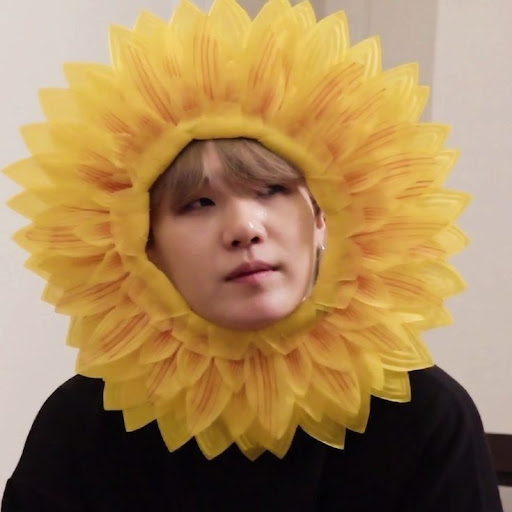