The screensavers of other people's were all little fairies, and the photo on Cheng Jun's was a fairy didn’t stand firm and fell from the sky to the ground.

In order to save face, Ruan Jiujiu got up to grab the phone.

She tried to jump at him, but the snowboard was too heavy. If Cheng Jun moved off, Ruan Jiujiu would fall again. When he hesitated for a second to move back, they successfully fell to the ground.

The soft snow didn’t get them painful. The splashing snow foam slipped into the clothes, making people shiver.

Ruan Jiujiu fell on Cheng Jun's arms. But she only focused on his phone. She stretched her arms and grabbed quickly, but Cheng Jun escaped.

"You really wanna do this?"

Ruan Jiujiu grabbed his arm. Unconsciously, she pressed on Cheng Jun's body; her face was close to Cheng Jun's lips; her breath was on his face, as if her heat could be passed to him. Ruan Jiujiu didn’t notice that Cheng Jun's face was getting redder and redder.

He turned his face away and finally let the phone go. Ruan Jiujiu made it.

The first thing was to delete the photo, and the second was to change the screensaver.

The photo was decisively deleted. When Ruan Jiujiu felt so happy, she found Cheng Jun was quiet. He pretended to be the dead by turning his face away.

"Come on. We are just playing."

Cheng Jun had covered his face. Ruan Jiujiu tried to take off his goggles but was stopped by him.

Ruan Jiujiu: "Really? ... Okay, so how about I compensate you for another photo?"

She let her head on Cheng Jun's shoulder and turned on the front camera. Apple's front camera was really an awful mirror, because clearly Ruan Jiujiu saw a trace of acne on her forehead. She raised her hand in frustration and left Cheng Jun also in the camera. Two people, one wearing helmet goggles with the collar erected to cover his face, while the other showed a big smile. Her eyes smiled into two beautiful crescents.

The next second, the photo of the two froze at this moment.

Ruan Jiujiu set the photo as a screensaver and returned the phone with satisfaction. Cheng Jun withdrew it in silence. When Ruan Jiujiu was about to laugh at him, a middle-aged couple passing by gave a sound.

"Yeah, what are they doing?"

She then realized that their postures were indeed intimate outside, so she quickly sat up. Cheng Jun seemed to regain his composure after a long time. He sat up slowly with one hand on the snow. Along the way back, he seemed much quieter than usual, but Ruan Jiujiu had already used to his character with less words. She only took this as he was expressing his grievances of being bullied.

The two returned to the hotel.

Ruan Jiujiu planned to go to the spa tonight. Its price was calculated separately and not low. If Cheng Jun wasn’t the boss here, Ruan Jiujiu really felt painful when she saw the price.

Cheng Jun took it seriously: "Male and female are separated."

Ruan Jiujiu: "... You misunderstood!" She just wanted to go out together.

Cheng Jun wasn’t interested in hot springs, especially in places where others might appear. But he looked at the happy Jiujiu who had carried a small bag and waited for him, he didn’t know how to turn her down.

"Come on! There even has food!”

Cheng Jun rubbed his eyebrows and let Ruan Jiujiu drag him to the hot spring room. The room was on the highest floor, which wasn’t far from them. There was only the staff responsible for keeping things and guarding the female bath door.

Ruan Jiujiu went to the dressing room, and found that a small cabinet was locked. There was probably a person in the room already. She wrapped the bath towel and lifted the curtains. The steaming heat came to her face, causing her to narrow eyes slightly.

Then, she heard a familiar voice.

Ruan Jiujiu looked at the pool in surprise. A person was already in it. Her hair was curled up, and her baby face was with a smile of surprise. She quickly waved to Ruan Jiujiu.

It was really a coincidence that they met here.

Ruan Jiujiu got in the pool to feel the warm water. She narrowed her eyes comfortably. After listening to White Horse's explanation for a long time, she realized what was going on. It turned out that they were about to get engaged, and the trip was an engagement trip. They’ll prepare for marriage after returning home.

"It’s not cheap, and the accommodation has cost a lot." White Horse's family was well-off, but when she talked about this, she still felt painful about the money, "I said that I don’t need to take a hot spring. But that guy told me that it’s not easy to come here. So, I’m here now.”

Although it was a complaint, the sweetness between words told others that it was a sweet burden.

Ruan Jiujiu: "Oh, by the way, how long will you stay?"

"We’ll go back tomorrow. At least to have a reunion dinner with families. This year our families will eat together."

"Then congratulate you in advance!" Ruan Jiujiu said with a smile, "Don't forget to call me when you get married."

"Of course! You have to sit in the seat of relatives and friends. If you were not married, I’ll let you be my bridesmaid."

Speaking of this, White Horse came to spirit. She poured half a glass of red wine to Ruan Jiujiu: "So, could you share with me some wedding precautions? You know, you are married, so...”

How can she have experience in weddings? She was single before getting into this book. But if White Horse wanted to know the precautions of being a bridesmaid, Ruan Jiujiu can write down a hundred notes.

White Horse was still waiting for the answer.

Ruan Jiujiu took a sip of red wine and said vaguely: "There will be someone to be responsible for the wedding. What you should do is to to adjust yourself and greet the wedding in the most beautiful manner."

The two discussed for a while, and Ruan Jiujiu saw a few red marks on White Horse's scapula and neck. She said with some surprise: "You have a rash? Hot water makes no good for this.”

White Horse went red: "Don't make fun of me! Nasty! Don't say you don't have a little strawberry (a cute name for hickey)."

Ruan Jiujiu stopped for a moment, and suddenly understood it. She also blushed and tried to change the topic with a dry cough. But then she was interrupted by White Horse.

Suddenly, White Horse censored her from top to bottom, as if the police were looking at the prisoner. Her eyes made Ruan Jiujiu nervous.

"What are you doing?"

"Wow, it’s weird. You don’t have sex life on vacation?"

Ruan Jiujiu had to maintain their marriage to the outside world, so she subconsciously retorted: "How is it possible! We had it yesterday!"

"Really, so where? Bathroom or bed?"

Thanks for hot water that White Horse couldn’t see Ruan Jiujiu turning all over her body red. She was like a cooked shrimp.

Ruan Jiujiu quickly to stopped White Horse going further into the topic: “We are just an old married couple. So nothing new to talk."

Then, Ruan Jiujiu was brainwashed by White Horse for over an hour.

Ruan Jiujiu fled until the skin was soaked with wrinkles, the tip of the nose was itchy, and the nose wanted to bleed.

On the way out, Ruan Jiujiu’s head was full of White Horse’s various "methods." She pictured for a few seconds, and her face was redder. She closed her eyes and shook her head hard, trying to throw those thoughts out of her head.

Cheng Jun, who was sitting in a chair to wait her, saw the strange scene.

Usually, Cheng Jun's hair was slightly curled, fluffy and messy. He often wore a hoodie and his eyes always looked tired. But at the moment, he was in a bathrobe with a belt. His slender figure, and wet hair which was pushed behind his ears made him lazy but somehow sexy.

The author had something to say:   Cheng Jun: I heard that I had sex yesterday. 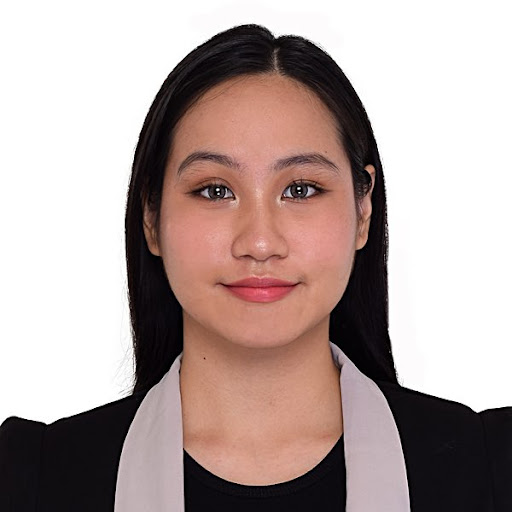