The location of the tour was in a colder city of the north. It was evening when they got off the plane and there was already snowing outside.

In the past, Ruan Jiujiu was the one who needed to care about all the matters during travels. But now Cheng Jun solved all kinds of trivial things. The pick-up taxi arrived at the airport early to pack the suitcase into the trunk.

She hadn’t fall asleep on the plane, so she needed to take a good sleep tonight.

Ruan Jiujiu went to the hotel sleepily. This time there were obviously more people than the last time in the private resort. In the hall on the first floor, some singers were playing the guitar while singing "City of the Sky". There were only a few people on the seats. The lights were dim but warm. Cheng Jun was going through the registration process. Ruan Jiujiu listened to the song and her heart even got lighter.

"You wanna come down to listen later?" Cheng Jun asked.

"Put it in tomorrow. Today I just want to have a good rest."

The booked room was a luxury suite, which was equivalent to a hotel apartment on the top floor of the hotel, but it was more spacious and luxurious than where they lived. Ruan Jiujiu stood in front of the floor-to-ceiling windows, overlooking the ski area and rolling mountains. The snow fell on the top of those mountains.

The spacious living room, two bathrooms, two bedrooms, and the entertainment room which was equipped with Nintendo Game Boy and projectors. There was even a small freezer next to the sofa, where rows of wine and drinks were placed.

Ruan Jiujiu suddenly felt heart-broke: "It must be very expensive for such a big house."

Cheng Jun was taking off his coat. When he heard it, he blinked and told her the price calmly.

... Of course, he underreported a zero.

Poor Jiujiu was even more heart-broke: "It's almost worth my one month's rent."

Cheng Jun glanced at her again, and said slowly: "Where do you want to live next time, we buy it."

Ruan Jiujiu immediately waved her hands: "I'm sorry. I don't have the hobby of a rich man like you."

Here, you can choose to go to the buffet in the lobby for dinner or just ask to send in the room. Ruan Jiujiu was too lazy to walk out, so she let Cheng Jun order a meal. Then, she went to take a bath. There was a bathtub in the bathroom. Ruan Jiujiu squatted beside the bathtub for a long time to choose among several kinds of aromatherapy.

She got in the bathtub happily. Warm water touched her skin. She dripped a few drops of essential oil in the water, and a faint scent lingered. It was simply a fairy enjoyment.

Ruan Jiujiu opened a bottle of red wine. She took a sip of it and then put it in the table.

Ruan Jiujiu slept heavily and she didn't even hear the sound of meal delivery and the knocking.

The food was half cold but she still didn’t come out. Cheng Jun stood at bathroom door. After a moment of silence, he knocked: "Time for dinner."

It was quiet in the bathroom.

He knocked again: "Are you still there?"

Cheng Jun remembered that Ruan Jiujiu can’t drink much and he witnessed her walking into the bathroom with a bottle and a glass. Suddenly a scene emerged in his mind. Ruan Jiujiu was so drunk that drowned in the bathtub.

The bathroom door wasn’t locked. He turned the handle. After the door was opened, he rushed in. In the water vapour, Ruan Jiujiu screamed.

Ruan Jiujiu didn't expect that Cheng Jun would even break into the bathroom! Fortunately, a layer of bubbles floated in the bathtub to cover her body. Otherwise, she would definitely kill him to end this trip.

She glared at Cheng Jun: "Tell me! Have you seen anything you shouldn't see!"

Ruan Jiujiu got it. He meant that her body was no different from other women, so even if he saw something, he didn’t care. For him, it was just a physical difference between men and women.

Did he speak English? Was this a man who confessed to her that he wanted to be with her?

When people were irrational, it was easy to do something that they regretted.

Ruan Jiujiu looked at him, lazily hooking her loose collar with a slender finger and pulling slightly. The round neck was pulled into a V-neck, revealing some white skin on her chest.

She narrowed her eyes and waited for Cheng Jun, a nerdy man, to turn red face.

The two looked at each other. Cheng Jun asked blankly: "What are you doing?"

She was so embarrassed that just wanted to hide herself in a corner. She hurriedly found an excuse to go back to the room to change her clothes. While changing clothes, Ruan Jiujiu stood in front of the mirror and carefully looked at her full breasts and delicate skin. These were quite attractive. She, as a woman, was even tempted. But Cheng Jun? ?

Perhaps this guy just wanted to fall in love with someone from a different world? He only wanted a Plato-style relationship?

However, Cheng Jun, who was sitting on the sofa in the living room, drank soda. His complexion was normal, but his ears were red and hot. Amazingly hot.

They planned to stay here for four and a half days. Tomorrow, they’ll go skiing and come back to the hot spring. After planning a whole day's itinerary, Ruan Jiujiu yawned again: "Then I’ll go to sleep."

Cheng Jun said yes and continued to play with his phone.

As if he was the Xuanzang and Ruan Jiujiu was the demon who wanted to misguide him. (Xuanzang is a central character in the novel Journey to the West. The character is based on the historical Buddhist monk Xuanzang who only focuses on fetching scripture.)

Ruan Jiujiu took a gloomy glance at him.

Men are assholes! He was the one who had begged her to come back!

Ruan Jiujiu returned to the room and went to sleep.

Cheng Jun sat in the living room and finished drinking the fifth bottle of water. Ruan Jiujiu closed the door. Her room lights were turned off, and soon it was quiet.

He remained silent, looking at the bedroom door of hers. Suddenly he sighed. He unscrewed the sixth bottle of water and drank most of it. He wanted to calm himself down as quickly as possible.

This night, Cheng Jun looked at the ceiling and didn't fall asleep until midnight.

The next day. After having breakfast at the hotel, Ruan Jiujiu changed her clothes and went skiing with Cheng Jun. Ruan Jiujiu had never skied before. According to Cheng Jun, there were coaches on the ski area, which were paid by the hour, and she will learn how to ski in a short time.

Ruan Jiujiu was excited along the way: "What should I do if I fell down? Won't it hurt?"

"Right, aren't you afraid of heights? Won't you feel scared when skiing?"

The ski area was very large, but there were not many people. The dazzling snow made Ruan Jiujiu squint her eyes subconsciously. The snow was probably deep in the calf. Once you took a step, you’ll leave a pit behind. Ruan Jiujiu had never seen this. She forgot the coldness and looked away with excitement.

Cheng Jun beside her has quietly locked a female coach among those male and female coaches.

Just a few moments after Cheng Jun’s left, some ski tourists and coaches stepped forward to ask for her contact information in the name of teaching her skiing, which were all rejected by her. Only one man who claimed to be a returned overseas successful person kept pestering Ruan Jiujiu. He determined to get her contact information.

Her shoulder sank, and a slender arm rested on it. Once the arm was closed, his strength wasn’t small and Ruan Jiujiu was easily took into his arm.

The back of her head rested against his chin. She was totally surrounded by him.

Along with Cheng Jun's slow voice, Ruan Jiujiu felt a bit buzzing in the back of her head. She only heard Cheng Jun's lazy voice over her head: "What happened?"

Ruan Jiujiu can’t see his face. The slender eyes lifted slightly. They were dark. If you say his inattentive eyes can relax you, then when they stared at you, you’ll got goose bumps.

The successful man was immediately quiet: "Sorry to bother you."

Ruan Jiujiu was a little confused: "Why did he act like seeing a ghost?”

Cheng Jun: "Are you trying to say that women are all demons?"

Cheng Jun was beaten and then went to ski. His weak and helpless back figure left to her.

Behind him, Ruan Jiujiu sneered, "You're right. Women are devils."

The author had something to say:    Ruan Jiujiu: If you are a human, then I can still be an angel :) 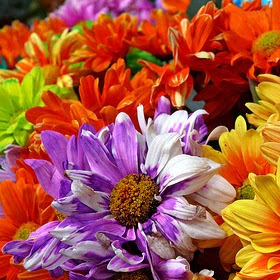