Ruan Jiujiu got up early.

The sky was so bright and there were only a few stars hanging over head. Every breath had absorbed the smell of moisture of the rain that had been falling all night.

Ruan Jiujiu opened the window, feeling the fresh cool air. There would be few people waking up at this quiet and comfortable time. Sleeping on the unfamiliar bed, Ruan Jiujiu had thought that she would not be able to fall asleep, but the sky lighted up when she opened her eyes, thankfully there was an alarm to wake her up.

There were many things that need be done today, so there was no time for sleepiness.

Ruan Jiujiu in slippers opened the bedroom door and a thin figure came out of the kitchen, frightening her.

Cheng Jun held two pieces of dry toast bread and a box of milk, which looked not nutritious. He did not respond to the existence of Ruan Jiujiu and slowly returned to the study.

Recalling that Cheng Jun probably didn't have dinner last night, Ruan Jiujiu scratched her head, stopping him: "Would you like some eggs or udon noddles in the morning?"

His gaze turned to the direction where Ruan Jiujiu stood. The lights in the living room were not turned on. The dark eyes were long and narrow, but they had a lazy beauty without any sharpness. His eyes did not seem to be an inquiry, but he let Ruan Jiujiu think that she might have said too much.

The original host certainly couldn't cook. The pair of slender jade hands were carefully maintained, how could it be possible to touch the stove fire.

The nails were very beautiful, but it was also very inconvenient to do things. Ruan Jiujiu washed them well with nail polish remover and cut them short.

Oops, she might be too smug, Cheng Jun shouldn't start to doubt anything, should he?

Just when she felt nervous, thinking about how to remedy, Cheng Jun reached out three fingers.

Fried eggs, ham, bread, milk was heated in the microwave and finally had the temperature it should have. Ruan Jiujiu seldom had much for breakfast. She ahd thought that too much might be left, who knew that the rest was eaten by Cheng Jun.

He didn't eat fast, and he ate a lot. In Ruan Chirp's somewhat surprised eyes, he ate all the remaining food cleanly.

"... nothing left." Ruan Jiujiu was afraid that he had eaten so much early in the morning to break his stomach.

She liked cooking, but the last thing she liked was washing dishes. Cheng Jun was quite calm. He didn’t get angry and also washed all the tableware.

She got up early today to change another outfit. She didn’t like the lace and leopard clothes in the cabinet. Such glamorous face didn’t fit in these cheap and fleshy things. What a waste of a good figure!

The thing she couldn't bear the most was her curly hair like instant noodles, so she decided to get her hair cut first.

She came to the barber shop and her figure immediately attracted everyone's attention.

The woman came in  was in a long trench coat, wide-leg pants and a pair of low-heeled shoes. Her facial features were gorgeous and exquisite, almost without makeup, only plump lips painted with a dazzling positive red. A pair of slightly picked peach blossom eyes glanced into the store, flickering between the waves of light, not falling on a spot, they were all tickled.

Someone immediately came forward and asked, "What are you going to do? Come and sit down first."

Ruan Jiujiu sit in a chair and said, "Cut short and perm the hair ends."

The stylist in the store had been praising her hair volume and quality. She just smiled lightly and didn’t talking. Although the stylist’s heart was like a capering monkey and a mind like a galloping horse, he dare not ask too much.

They met countless people. Ruan Jiujiu with such cold look may have unusual identity. It’s better not to disturb her.

It had been fruitful to spend almost an morning at the barber shop. Ruan Jiujiu rubbed her long hair and paid the money with great satisfaction.

The balance of the account was quite satisfying for Ruan Jiujiu. Cheng Jun transferred her living expenses for this month as usual last night. It was absolutely more than enough for the consumption level of Ruan Jiujiu. She had no pursuit of luxury goods, even if she spent a lot of money within a month, she didn’t need to worry.

Ruan Jiujiu was in a good mood.

It turned out that it was such a good feeling to have income without working. With this in mind, Ruan Jiujiu decided to make a few more dishes for dinner and treat Cheng Jun to ease their cohabitation relationship.

Ruan Jiujiu did not intend to spend all of her money. She opened a new bank account and planned to transfer a sum of money every month.

Cheng Jun would never raise her like this for such a lifetime. Ruan Jiujiu thought when Cheng Jun found a girl she liked, she could leave away with joy and go to a city with low prices. In this way, whether it is work or buying a house, there must be no worry.

Ruan Jiujiu with her bag walked at ease towards the shopping mall. At this time came two young women, one squeezed a smile flatteringly, helping the latter hold coffee, and the other in a delicate makeup smiled gently.

They walked face-to-face and raised their heads as they said something, which happened to see Ruan Jiujiu.

They were stunned for a while.

Ruan Jiujiu nodded politely, stepped up the stairs and kicked into the shopping mall. Other than they two, many passers-by stopped to take a look.

"Wow... Sister Rou, I've never seen such a beautiful woman." The little girl holding the coffee sighed enviously. "Look at that skin, so delicate that it can pinch out the water, but she doesn't even wear much makeup. The body figure, wow..."

Suddenly, she noticed that the woman named An Rou couldn’t hold her face. She realized that she was still praising her as a great beauty and she was a bit embarrassed to save the scene for a while: "Uh, I don’t mean this! You are both beautiful and unique. She is a gorgeous rose while you are a lily..." 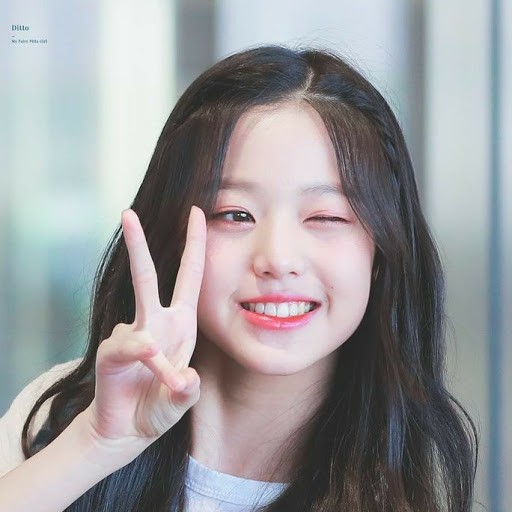