Arrived at the door of the house, Xu Biying shivered and didn't mean to get off the car. Gu You helped her, and then used her key opened the door to let her sit on the sofa.

Xu Biying lowered her head and didn't speak. Gu You poured her a glass of water, but she whispered, "Can you sit with me for a while, I am really scared today..."

Gu You glanced at the time. There were only about ten minutes before the start of the annual meeting. Anyway, he'll definitely be late.

So he sat on another sofa.

Xu Biying's eyes gleamed with something. An inexplicable courage supported her, making her think of the "drug" she had stored in the cabinet for a long time... She thought that sometimes a person should burn his bridge to find another way out.

Ruan Jiujiu will also attend the annual meeting today. Tu Nan was going to show Ruan Jiujiu's contributions to the company at the banquet so that other employees will stop talking behind her back.

Ruan Jiujiu looked very simple today. She drew light makeup and wore a black dress. Wrapped with a thick and warm coat, she went out. The real boss, Mr. Cheng was still playing computer at home, like an outsider.

For a moment, Ruan Jiujiu wondered whether it was time to envy or admire Tu Nan's courage to manage the company.

The annual meeting was held in a luxury hotel.

When Ruan Jiujiu showed up, she immediately attracted people's attention even she dressed very simply. She politely greeted a group of people she didn't know. Fu Zicheng and Jiao Fan stood side by side and poured themselves a drink. They peeped at Ruan Jiujiu and said, "Sure enough, Sister-in-law is the most pretty woman."

"Look at you two! Move! And find your girls!" Tu Nan, who suddenly stepped forward, took a glass of champagne and teased.

"So how about you? Where is your girl? And look at your hair, too much gel!"

"See, Jiao Fan is different. He is still thinking about his old affair."

They just exchanged banter with each other, but they didn't step forward to say hello to Ruan Jiujiu, so as not to be gossiped by others. Ruan Jiujiu nodded towards them and smiled. She was charming, which arouses many thoughts in their mind. Tu Nan and the others were dreaming about marrying some pretty woman.

Old Meng dressed up very smartly today. Recently, his wife had been pregnant again. Although he had to work and take care of his wife, he didn't look tired and all he said revealed his love for the wife and children. Ruan Jiujiu admired this a lot.

A good marriage will change two people. Old Meng and his wife must lead a very happy life.

"I dreamed of a bastard who fell in love with my wife last night, which scared me to sweat! But I couldn't tell my wife, you know why?"

Old Meng snapped his fingers: "Good question. Because it is related to a comic book "NANA ", the female character also has the same dream as mine. Then she is really cheated by her husband..."

"Do you want to eat sushi?" Ruan Jiujiu interrupted his magical idea.

Old Meng took a few pieces of tuna sushi, and suddenly asked mysteriously, "Then do you know, which comic characters like sushi ..."

Ruan Jiujiu: "Ah, it seems that someone is calling me!"

Finally, she kept away from Old Meng. Ruan Jiujiu gave a sigh of relief .

He was really a nice man, but there was a problem. He always liked to talk about comics and every time people talked to him, he will turn to the related topic. It is said that he and his wife had met in a comic exhibition, and the two had been fallen in love because of their surprisingly similar hobbies.

In about ten minutes, Tu Nan will come on stage to host the annual meeting. Ruan Jiujiu thought of her being on the stage later, so she quickly put down the dinner plate and planned to freshen up.

When she came out of the bathroom, she saw Gu You.

His expression was a little wrong. The white shirt was rumpled and the face was red. He stood in front of the public sink and kept throwing water on his face to lower the temperature over and over again to calm himself down.

Ruan Jiujiu was a little surprised: "Gu You, are you alright?"

Gu You was a little flurried, which rarely happened. He wiped the water on his face in embarrassment, and said in a hoarse voice: "Don't come close to me! I seem to have taken some medicine by mistake!"

He supported the sink with a hand. The upper body was soaked, causing the pink of skin to show through. Even his eyes turned red.

Ruan Jiujiu had read a lot of novels. So when she thought of Gu You's leading role identity, she suddenly knew something.

"Did you take the aphrodisiac..."

Gu You endured the pain and said, "I didn't find anything wrong until I got here. Now I can't go to hospital like this. Please just leave me here. Go!"

In his blank eyes, Ruan Jiujiu looked around.

She was thinking about the antidote. Where was the female leading role who should hold it right now? Would she be waiting in some small room?

Seeing Gu You's painful appearance, Ruan Jiujiu remembered that he also needed to be on the stage today, so now the situation at this moment was indeed a bit terrible.

She suddenly got an idea. 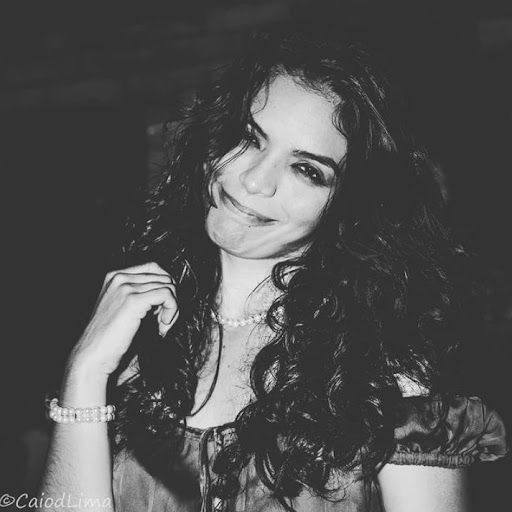 tourist 2020-05-23 16:01
What's wrong with Xu Biying's head? How could she drugged someone that she claimed to be her beloved? That's not love anymore

tourist 2020-05-23 19:07
So whoever tipped GU you off...did they have helpful or malicious intentions? Because this all would be avoided if they'd minded their own business. White lotus would be tarnished, GU you wouldn't be drugged and mc wouldn't be in a potentially composing situation...
0 0