Ruan Jiujiu recently had got into QQ-speed. In the name of practicing reversing stall parking, she started to lose all track of time to play the game. She woke up on the weekend to do game tasks and even didn't leave the bed until noon. It was very dedicated.

White Horse saw Ruan Jiujiu wasn't online for a few days, so she sent her a private chat in a depressed mood.

“Jiujiu, how are things? Why haven't you played game online recently?”

She told a bare-faced lie and even didn't go red. White Horse was easily fooled.

White Horse: “Right, we got an offline party a few days later. Come? Just a few of us.”

She was also afraid that if some e-friends knew the original host and then found out some turbulent personal life of her, it would not be horrible.

White Horse: “It's just a small party, with five or six people. It's going to be held the weekend after next, so give it a thought. Although I really want to see you, I can't force you to come.”

Speaking of party, Ruan Jiujiu suddenly thought of the other one. Had Cheng Jun been to his alumni association?

She gave her messy hair some comb, and tied it up. She went out to see what Cheng Jun was doing.

Cheng Jun responded in whispers. Looked like he almost died.

After a meal, Cheng Jun refreshed himself with eyes no longer scattered but had a little spirit. Ruan Jiujiu sat beside him: “So, will you go to the alumni?”

Hearing this , Ruan Jiujiu immediately made up 10,000 ways for Cheng Jun to be hurt by school violence. She lowered her voice and said, “If you don't want to go, then don't go.”

Cheng Jun had “What the hell are you thinking about” written on his face, and then squinted at Ruan Jiujiu.

As an outstanding graduate of the school, he was invited to go back to the school celebration as the popular student of that year, but he didn't like to join in the fun, so he simply donated a million yuan to his alma mater to let the principal happy.

Ruan Jiujiu had used her imagination and made up a lot of plots. She looked at Cheng Jun tenderly, trying to say something to comfort him.

This nerd didn't deserve to be treated right.

Recently, in order to let Cheng Jun go to the company for a few days, Tu Nan forcibly gave Ruan Jiujiu days off.

In fact, it wasn’t a day off. Ruan Jiujiu was asked to prepare lessons at home so that she can attend the meeting together in a few days.

Finally met the long-time-no-see boss, Tu Nan and Jiao Fan were relieved as if they were free. They were like a few cheerful birds circling around Cheng Jun.

“Darling, I miss you so much!”

Cheng Jun glanced at Tu Nan and felt sick, which made Tu Nan restrain himself a lot and sat beside to wait the meeting.

Jiao Fan rubbed his head and wondered: “Boss, I don't understand, why can't you let the sister-in-law know you’re here?”

Cheng Jun answered calmly: “Because she doesn’t know that I was Jiacheng's boss.”

Fu Zicheng with a confused expression on his face: “Bad man! Boss, why are you hiding from your wife!”

Jiao Fan: “Yeah, being a person should be honest.”

Faced with the condemnation, Cheng Jun continued to show his tablet computer calmly: "So, we will mainly discuss the following topic today—"

So, the boss didn’t dare to tell her?

They were immediately confused.

Nowadays, even men liked make friends with the rich, let alone women. So if a woman knew his husband was a big boss who worked in a company that she liked, wasn't it a good thing? Why should the boss need the so-called courage to tell her?

Tu Nan said breezily: “Relax. Just tell her who you are. She, at most, will feel angry that you don't say it earlier. And then she'll become happier to go shopping. By the way, what would she do even she feels unhappy? Divorce you?”

So this wasn't just a family crisis. Tu Nan had been completely defeated by women's thought.

After an hour of heated discussion, everyone agreed that it might be a bit abrupt to let Ruan Jiujiu accept the reality at once, so it was necessary to gradually reveal the truth to her.

Everyone effectively listed plans A, B and C, and there were three or four suggestions for each plan. They really made a simple thing into a business case.

It can be said to be very efficient.

At this moment, someone knocked on the door.

The door was slowly opened, and a figure walked in. It was Ruan Jiujiu who should have stayed at home now.

Holding the planning case in her hand, she walked briskly, and then suddenly stopped.

She stared blankly at a group of people sitting in the office. Cheng Jun was in the middle. The computer was turned on, but then was shut off before Ruan Jiujiu saw what was in it.

“Sister-in-law, why are you here?” It was a slip of the tongue. Tu Nan spat out her true identity, and he slapped himself in the next second, “I'm sorry for letting it slip earlier.”

Those who just had been talking, now were utterly mute and pretended knowing nothing with bowed heads, and didn't dare to look at Ruan Jiujiu.

Only Cheng Jun was very calm.

So calm that he forgot to say anything.

“Why are you here, Cheng Jun?”

Cheng Jun pressed on the tablet with one hand and said, “Just talk about my work.”

The others were even more frightened. They didn't wait for the next question and then tell her all the truth. Plan A, B and C became useless, and the "step-by-step" idea was also left behind.

“Sister-in-law, it's boss said he wanted to hide from you!”

“I beg you to take care of your family affairs by yourself!”

As soon as she said this, they immediately slipped away, leaving only her and Cheng Jun to remain silently in the conference room. It was silent and embarrassed.

Ruan Jiujiu wasn’t a fool. She had long been suspicious of Tu Nan's enthusiasm and attitude to her. Now, everything can make sense. The doubts she had, the secret whereabouts of Cheng Jun, and the mysterious relationship between them. Finally there was an explanation.

“I see. No wonder you, just a retired e-sports guru, was respected by the other bosses. No wonder I was taken good care of by them.”

Cheng Jun continued to be silent.

How can a boss of a large company live in an old house, and just be a nerd chilling at home?

Ruan Jiujiu was a little astonished. Even she intellectually thought it was logical, but she can't accept it emotionally.

Cheng Jun stood up and walked to Ruan Jiujiu.

“I don't need you to carry a heavy burden about business and family. You just need to do the work you like and spend the money you want.”

Ruan Jiujiu: “You support me.”

Excuse me? That was really bossy.

Ruan Jiujiu felt in a mess. She stepped back and said, "Give me time to calm down."

She had just wanted to be a happy little rich lady, but now she really became rich. Ruan Jiujiu realized that Cheng Jun and her were not on the same level from the beginning to the present. He was the big boss of Jiacheng and once the heir of the Cheng's Group.

He lowered his head and suddenly grabbed Ruan Jiujiu, like a beggar with nothing. His voice was low.

Jiujiu: From the boss’s employee to his wife? ? ?

tourist 2020-05-16 14:21
I understand pretty jiujiu, having a husband with a huge company ON A NOVEL is a hot potato. Plus the fact that she just wants to be a normal career woman, I too would think the gap is big.
1 0 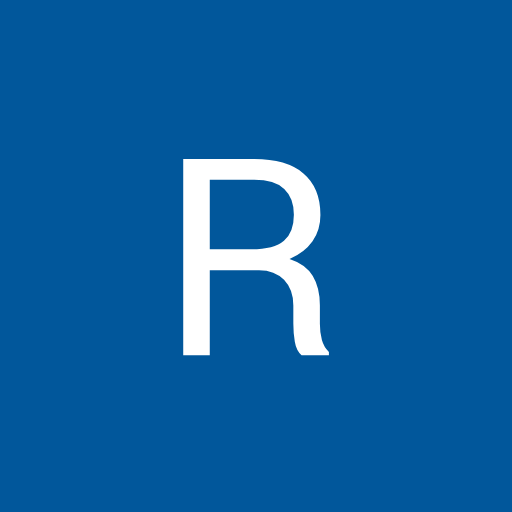