Even the man was Gu You, Tu Nan and the others knew the boss will never bring personal emotions to work.

... And he seemed to have no personal emotions in the daily life.

The words left by Cheng Jun were quite simple: let Gu You play the game and rely on his own strength to speak.

They needed players with stable psychological qualities. Those who can't recover after a setback or were complacent due to a onetime victory will easily, no matter how skilful they were, have trouble in mental state.

Tu Nan madly roasted Cheng Jun behind his back: "Who can be as stable as him. At that time, he made real money when the company went public, and he, with the assets had multiplied hundreds of times. seemed not happy at all."

Fu Zicheng asked: "Is he stable in front of the sister-in-law?"

"Yeah! Quite stable. Carried the bag and took wife home. He’s simply a henpeck." Speaking of this, Tu Nan was still somewhat envious, "I also want to marry such kind of woman. After you back home, there is a beautiful wife warm up your bed at night. So green-eyed! "

Jiao Fan was a little shocked: "Will the boss ooxx? !"

Recently, Ruan Jiujiu had a very nice attitude towards Cheng Jun. It was indeed her fault to enjoy food alone. As long as Cheng Jun's "Just grab some food" came out, she immediately waved the white flag.

She was full of remorse for the mistake she had made in that second. Because of being caught by him, now as long as they had disagreements, Cheng Jun would say "Just grab some food". She totally felt herself was tightly bitten by a tortoise.

So angry, but still have to keep smiling.

The CG paintings collected by Jiacheng Company quickly attracted tens of thousands of players to vote. Among them, No. 233 painting by Ruan Jiujiu was far ahead. The collection was anonymous and no information revealing their identity was allowed, which was exactly what Ruan Jiujiu wanted.

There were a lot of compliments on her paintings, which all said that the colors looked very comfortable, and the character was even more beautiful than the original Jade Immortal of the game.

Although the farce ended, gamers' interest in Ruan Jiujiu continued to increase. Her game character was greeted with enthusiasm everywhere, and always had gamers take her to play. They were too crazy that Ruan Jiujiu almost wanted to withdraw from the game.

Even White Horse who usually had an airy manner now became shy when mentioned Liszt. NO.1 player was the nickname of Cheng Jun given by other players. While Liszt was his game ID.

"I'm an old fan of Liszt!" To emphasize this sentence, she used a dozen exclamation marks to express her determination.

The person who made this incident hot again was Inner Journey to Homeland. He was still in the game but just added note in the personal information—"Quit the game temporarily due to the preparation for a recent competition". People in the e-sports circle all knew that he was going to join Jiacheng, so they were waiting for his performance.

Qingfeng Biying who was also in the game became very embarrassed. The girlfriends' accounts had been banned because they had repeatedly placed defamation posts. Even so, she still didn't leave the game, but the people in the gang didn't care much about her.

There was one rumor that Liszt signed with Jiacheng, so perhaps the last competition was to test Homeland in advance.

There were more and more rumors, and in the end no one can tell what the truth was.

When Ruan Jiujiu saw Jiacheng's news again. The man in the picture was Tu Nan. She was a little surprised, and then realized that the rumor was true—Cheng Jun really had some connections with Jiacheng!

At dinner, Ruan Jiujiu took a piece of eggplant and asked: "It was Jiacheng's boss who ate with you that day?"

"Wow! Are you actually working at Jiacheng?"

He thought for a while: "Pretty much."

"That's nice," Ruan Jiujiu admired, "hope I will be selected."

As soon as her words came out, Cheng Jun paused for a moment and asked, "Want to go to Jiacheng?"

"Yeah, feels like a good place, and it's worth the effort."

Ruan Jiujiu looked at him with a smile: "I will work hard."

Perhaps it was an illusion. This dinner, Cheng Jun looked somehow slightly happy.

Since Ruan Jiujiu knew Cheng Jun's true identity in the game, she had observed him. Liszt was a great guru who hadn't played any game for many years. Because he always had kept a low profile, so there had never disclosed any personal information on the Internet.

It seemed that he hadn't played games for a long time. Cheng Jun at home will often stay in the study, but there were few keyboard sounds, so he certainly didn't play games.

However, after a few days of observation, she gave up.

This was simply a nerd's daily life! Went to the fridge if thirsty or hungry and continued to rest in the study.

But the weird thing was that even he had such an unhealthy living habit, he was still in good body shape and his complexion was also great. Thinking of this, Ruan jiujiu turned green-eyed again. She, to maintain her figure and skin, dieted and exercised periodically. This was because she was afraid of having a soft belly and wouldn't look good when wear some clothes.

Cheng Jun, stared at by her, took the last bottle of Yakult and was about to unpack it.

Ruan Jiujiu had a strong existence that he can't ignore. So he glanced at Ruan Jiujiu and then looked at the last bottle in his hand. After the battle of his mind, he handed Yakult to her.

Ruan Jiujiu probably didn't know that this was definitely a great sacrifice for a foodie.

Recently, Cheng Jun frequently went out. But Ruan Jiujiu didn't care too much. They had their own lives, so it was better not to disturb him.

Today Cheng Jun still went out. She logged in the game as usual, but saw the official sent her a message.

It was not the ranking about CG collections. To her surprise, she won a prize!

【Dear Jiu Jiu Jiu, congratulations! You’ve got a redemption voucher for a three-day tour of a private resort during this month's card draw. You can take one family member with you to enjoy the journey. Please reply us within one week if you want to redeem the reward. Wish you a pleasant journey in advance ~】

She couldn't believe it and skimmed through it a few times, and then she was sure of it. What's more, it was not some kind of small advertisement.

She immediately replied "Redeem the reward".

It was really "I Get What I Want". Ruan Jiujiu planned to go out for a walk. Then an opportunity just fell into her lap. She'll definitely say yes.

As for bringing a family member...

Cheng Jun was working in the office to read the data analysis report.

Tun Nan entered his office. Acting secretive, he laughed with a look of joy and excitement: "Boss, I got good news."

Tu Nan touched his nose and continued to move forward: "Please ask me 'what's that' "

The emotionless eyes fell on Tu Nan, which made him realize that he seemed too close to Cheng Jun.

Tu Nan stepped back awkwardly: "You have been working so hard recently, why not go out to relax yourself."

Cheng Jun glanced at him with an expression of "It's none of your business". Tu Nan didn't get the response he had imagined, so he sighed in disappointment: "I really consider too much for you couple."

"The truth is I sent an official text message to our little sister-in-law, saying that she won the three-day holiday coupon and can bring her family to go. She'll definitely take you there. You two can enjoy yourselves. If three-day is not enough, you can pay for extra time. "

Cheng Jun finally raised his head and said in a slow voice: "You should use the time to work."

The boss didn't seem to be happy. Tu Nan understood that he just kissed the wrong ass.

So he sounded frustrated: "Then I'll continue to work overtime."

At night, Cheng Jun opened the door and smelled the food. Ruan Jiujiu was happily busy the dishes. It must be for the "winning prize".

Cheng Jun's mind came up with what Tu Nan had said.

"She must take you there."

Cheng Jun hated the vacation with others. But it seemed not too bad if "others" was Ruan Jiujiu?

Maybe the fireworks of the food were too warm, or maybe her smile was too good, he was stunned for a moment, as if all day's exhaustion was removed. He felt relaxed totally.

The two sat at the dining table. Ruan Jiujiu let Cheng Jun eat quickly, lest the braised prawns get cold.

Cheng Jun was a little absent-minded this time.

He had been waiting for her to speak about the prize.

But until the entire meal was finished, his bowl was washed, Ruan Jiujiu put on the mask after taking a bath, and even after watching a soap opera and playing with a mobile phone, there was no mention of that prize.

Then, she returned to the room.

The lights were off and the room was dark. 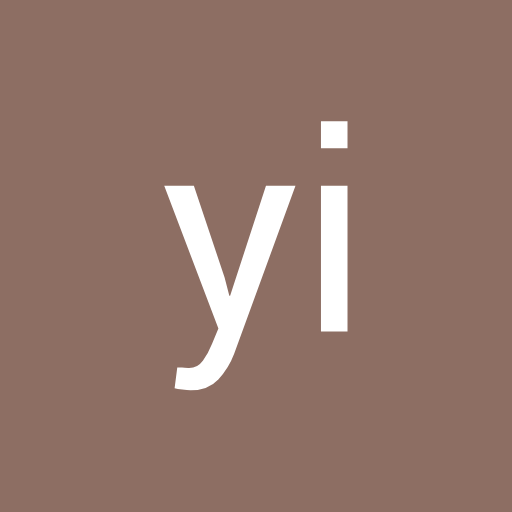