Lin Dan, holding a broadsword, walks towards He Chongling step by step. Meanwhile, He Chongling is laughing arrogantly and says word by word, "It is for this very day that I have carefully cultivated you! Lin Dan, I will remember you when you die. "

“I will remember you". If the original owner heard it, she would certainly regard it as the same as the sounds of nature. But Lin Dan only glances at him lightly and her eyes are completely free from fluctuation. Feeling a strong Qi strength coming from the side, she doesn't look at who the attacker is, but flies forward after stepping on the ground slightly on her tiptoe. The suddenly accelerated speed makes her avoid the Qi strength, leaving only a bottomless and finger width small hole engraved on granite.

Seeing Lin Dan flies towards himself, He Chongling hurriedly opens palms to meet up. He thinks that she will willingly serve her body to be absorbed, but he doesn't expect her to suddenly take out a broadsword and fight hard.

He Chongling's expression of confidence finally changes into a plain one. He fails to avoid the broadsword. Instead, he holds the broadsword with his palms together to crush it. All in a sudden, he has no time to think about why Lin Dan can avoid the control of the son insect and attack him; he just wants to pat the traitor into paste with his palms.

He Chongling’s arrogant expression solidified. He slowly looks down at the steel broadsword inserted in his chest, and slowly raises his head, looks at the woman whom has never been in his eyes, as humble as an ant.

"You dare..." Words haven't been finished; Qi in the blade is like a thunder exploding in his body. A bitter blood fog floats in Lin Dan's pale face, but she doesn't even blink eyes.

The surrounding area is full of followers, but they dare not to come forward. No one expected that the leader would practice such evil deeds and take everyone as a tool for him to absorb internal forces, raising them like livestock. What's more, no one expected he would be killed by Lin Dan when he was so successful in martial arts and almost reaching the top.

The leader had been a super-first-rate master, and then absorbed the internal forces of dozens of first-rate masters. In theory, he was enough to be promoted to a half-step master. However, Lin Dan appeared. She only wielded a broadsword, and sent him to death cleanly. What kind of master was Lin Dan?

People here look at each other, then slowly step back, feeling terrified.

Lin Dan draws out the blood-stained steel broadsword with her dark eyes staring at He Chongling's body. She looks strange. Only now does she find out what kind of mire she has fallen into. Practitioners of Asura Blade are suffering from hacking process every moment. However, when they fight with others and kill indiscriminately, the sharp violent Qi in the body will pours into the palms, injects into weapons and crushes enemies. What remains in the body is only a steady stream of life Qi. All the pain, in an instant, gets away from them...

Lin Dan has a good time killing and was very happy. She is very anxious to have several more He Chongling, so that she can kill him endlessly.

Only when killing, she can get a moment of peace, and this is precisely the most terrible point of Asura Blade. If practitioners want to kill the pain in the body, they must be immersed in killing all the time. They have already cut off love and naturally lost their humanity. Over time, they will become killing machines. If one day they completely lose themselves, they will also lose control of the two streams of vital Qi of life and death. Once the balance is broken, the death Qi will have the upper hand, thus destroy their lifeblood.

That is to say, those who practice Asura Blade are doomed to die of being crazy.

Lin Dan closes her eyes with a cold heart. No wonder the old leader was willing to give this top practicing method to the original owner. That’s also why He Chongling, who was jealous of talents, hadn't even tried to practice. From the beginning, they had chosen a dead end for the original owner. In their eyes, she had already been dead.

However, Lin Dan never gives up. She clenches her steel broadsword and silently sets a bottom line for herself in her heart--even if she has to endure endless pain, she will never degenerate into an inhuman killing machine. Cutting love and being ruthless are totally two different concepts.

So be it. She cuts off the head of He Chongling neatly and walks towards the gate step by step. The rest of the followers dare not to say a word or stop her, but follow her from a distance.

"Ma… Master, what happened?" He Yufei, who was very popular just now but has now been forgotten, asks with a pale face. She had no idea that He Chongling, whose strength had greatly increased, would be killed by Lin Dan with his head gone. When doing all this, Lin Dan, didn’t even blink her eyes, let alone frown. At that time, she was really like an evil ghost climbing up from hell. It was frightening for no reason.

Bai Yan frowns lightly. His voice is almost inaudible, "Asura...comes into the world ..."

Lin Dan comes to the gate and throws the head of He Chongling out casually. "This is what you want. I will draw a line here for the time being. If you keep your promise, you can leave quickly. If you cross this line, I will kill you!"

She raises her broadsword and makes a stroke on the ground in front of her toes at will. The oppressive vigorous Qi splits the hard ground into a deep ditch. The vigorous Qi scatters everywhere. If anyone stands close, he will be crushed to dust.

The disciples of the decent sects standing in front hurriedly step back, waiting for the fiercely powerful broadsword Qi is weakened enough before looking at the ground with frightened expression. And then they find their clothes and boots are cut holes by residual Qi strength, deep red blood seeping through the cloth. They unconsciously suffer minor injuries.

This silent demonstration immediately arouses deep fear in all sects for Lin Dan.

"Is she a half-step master?" The fourth elder of Lianyun City asks, being surprised and bewildered.

Lin Dan looks at him lightly and then lowers her head, with one hand behind her back and the other holding a bloody steel broadsword. She says slowly, "You should go." Her feet never cross the line she drew, because this is also the bottom line in her heart. If these people do as they say and walk away immediately, she will not make moves. If these people are determined to attack, she will have to kill them.

Although the old leader and He Chongling treated the original owner as some kind of species that is beneath them. The old servant who raised her, and several maids who attended her from an early age, all being faithful to her. There are also many adopted children who are being trained in the back of the mountain. They have not yet become mature, and they have not done evil. They do not deserve death.

Cutting affections doesn't mean Lin Dan will lose even her basic views about the world. She knows that there are reasons to repay kindness and revenge. She doesn't want to care about some people in the Eastern Sacred Religion, but she can't neglect the others.

Although He Chongling, the devil, is dead, yet another leader with better martial arts and more ruthless actions has appeared in the evil religion. If she is let go this time, she will recover in the future. A bloodbath will be inevitably brought about in Jianghu. So the fourth elder never wants to let Lin Dan go. Those words before were just confusing demagoguery. Although they do not fear the evil religion, if they can make the religion break from the inside out, let decent sects suffer less casualties and trouble, it will naturally very beneficial.

"Attack her!" The fourth elder raises his hand with indifferent tone. But the next moment, the slightly folding eyes suddenly widen, he seems to see something strange.

Bai Yan, who has been hidden behind the crowd, nods his head invisibly. The fourth elder's uncertain look immediately becomes firm and ordered, "Kill without forgiveness!"

Believing that they could escape death, the congregation of the religion immediately explodes. Some denounce these decent motherfuckers as hypocrites, some flee in panic, and others take up their weapons and fight fiercely. Lin Dan has always kept the line at her feet and the bottom line in her heart. She is not angry about these people's reneging, nor has she been frightened by the siege of hundreds of masters.

She longs for killing, but she also suppresses killing. She never takes the initiative to attack, but whenever someone crosses that line; she will raise a steel broadsword and split the person in two. Her moves are very simple. Just chopping, there is no other fancy, but her broadsword Qi is full of oppressive energy. Just a small wound will suddenly burst a blood hole.

Countless super-first-rate masters attack her, but her sharp violent Qi stirs them into blood. However, if they take the initiative to step back and stay away from that cordon she drew, she will not kill them. She has always stuck to that bottom line and never overstepped it.

Gradually, these decent masters become scared and frightened, and they all stay away from the line running through the gate and dare not cross it any more.

Only then does Lin Dan just get rid of the blood on the broadsword. She sighs slowly and deeply. Her toes are firmly held against the line. She never moves half step after such fierce fighting. What does this mean? This means that she has spare capacity after dealing with these top masters, and her level may be far beyond everyone's imagination.

Lin Dan is so carefree that the sharp pain in her heart has long gone away, and pure madness and joy are washing her mind. However, her mind has not been wavered in the slightest. Those who cross the line will be killed and those who retreat spared. She always knows what she is doing. She has already stuck deeply in the abyss, but she can climb up towards the sunny exit with her bare hands.

In the killing, she finds another terrible secret--the more she kills with the broadsword in her hand, the more her power soars. Other people's hard practice for decades will fail to reach such a level. But she can easily be promoted by killing a few more people. This "Asura Blade" is undoubtedly a top-level practicing method, but it is also an evil skill that harms others and her. However, Lin Dan has no other way to choose. If she doesn’t practice it, she will die. She can only walk forward without hesitation. 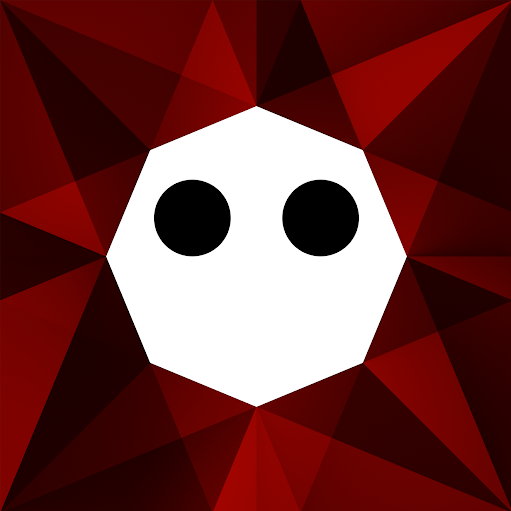