It was the most lengthy three days in my life when the Emperor stayed in the Weiyang Palace. With Beauty Wang’s words on my mind, I even couldn’t wait to go to Jinxia Palace to ask her by myself. However, the Emperor, the spirit made it impossible for me to be in two places at once.

In such a condition, I couldn’t understand more why some men took Consorts outside behind their wives’ back.

The Emperor, didn’t care what I thought at all. He enjoyed himself in the Weiyang Palace, holding Changyi in his arms with Changsi riding on his shoulders. The two kids were so excited that kept on shouting, “Daddy! Daddy!”

The Emperor laughed heartily, as if he were not an Emperor.

Three days later, the Emperor finally became busy. With omnipotent Consort Xian being in charge of the hectic harem at the end of the year, I hurried to send a maid to call Beauty Wang.

? ! What? She must be kidding! If I let her go now, it would be like suicide. It was too ashamed to let people know that the Empress died from her curiosity.

I went around Beauty Wang, just like a puppy, telling her that she must talk to others when she felt necessary, otherwise she would become abnormal if she held all that in. Besides, I also told her that I was known for good credibility as I forgot things quickly and would never tell someone else, definitely the best one to empty your emotional trash to, no, the best one to pour out to.

She was going to say. Hearing my words, she said hesitantly, “My Empress... It’s no big deal. I just want to ask whether you saw the wife of the Commissioner of Dali Temple, court of judicature and revision, Yao, in Winter Solstice when Imperial Mandate Madams paid respects to you?”

I was stuck by her question... There were so many Madams that day... After a while, I finally recalled her, who was frank and about the same age of my mother. Because she came late, a Madam grumbled about that. She, however, to my surprise, responded in excellent taste, “My little grandson at home was so clingy that I was late. I am sorry, my Empress.”

I nodded, “But I remember that your father is the Sima (an important official position in charge of horses, the animal that plays an significant role in war) in Qingzhou City... Are you a relative to Commissioner of Dali Temple?”

Beauty Wang still stumbled over her words, “No, not relatives. We used to be neighbors when Uncle Yao was also working in Qingzhou as an official.”

After a long silence, she asked, “My Empress... Is Madam Yao well?”

I searched my memory for a while and answered that Madam Yao came full of energy with a smile on her face, seeming well enough.  But she further asked, “How about her family?”

? ! I thought she just asked these for fun, never expecting such detailed questions!

I thought for a long time, putting together piecemeal fragments and told her: “Uh... They should be fine. Her youngest son won the third place in this year's imperial examination, and he seems to have given her a grandson... She was so happy that she couldn't stop telling her in-laws how naughty and cute her grandson is.”

These simple word made me feel unworthy of Beauty Wang's trust, but she slowly burst into a beautiful smile, stood up to straighten her clothes, and bowed to me for three times and said thank you to me.

It seemed that she was worshiping a god. I watched her sobbing and recalled the words I just said, an idea flew into my mind...

I approached her and asked in a very low voice: “Are you...?”

She slightly nodded, leaving me stunned. I asked: “Then how did you...”

She smiled sadly: “We have knew each other since childhood. Their matchmakers even came to my house to discuss our marriage. Then my father found a good chance from somewhere to send me to the draft.” She raised her head with a slight tremble in her voice: “Unfortunately, I couldn't win the emperor’s favor. He just came to see me twice when I first came in. My status today fully relied on the mercy of you, my Empress.”

I didn't know what to say. I felt sad that she could have had a bright and splendid life. Her childhood lover was an imperial minister; her mother-in-law was easy to go with; she could give birth to a lovely child...

But things could never go back.

I hesitated for a while, “But you gave birth to a wonderful child.”

She nodded and told me not to worry about her. Knowing that he did well in both work and family, she was happy and satisfied enough. She could already let go of it.

She whispered softly, as if she was persuading me, and herself:

I am happy enough.

She never shed tears for a little bit. As I sent her out, Changsi and Changyi rushed to her and asked her for hugs.

The children all liked Beauty Wang, because she is gentle and patient. We liked her as well. Quiet as she is, she could always distribute the embroidery thread for Noble Consort Wen, bring Consort cups of tea when she was cooking, and listen to Consort De's childcare classes when no one could endure.

She was such a good girl. Such a pity she couldn’t win the emperor's favor.

This year's New Year Palace banquet was still organized by Consort Xian. She insisted that I should take part in the planning, but her planning was so thoughtful and perfect that I could give no advice. Who doesn't want to sit with someone, who doesn't like certain dishes... Her planning was just this thoughtful. All the time, I looked at her with respect, making her embarrassed: “Your Empress, stop looking at me like this! You are so cute! I want to pinch your face!”

Women here are so cute! How happy it is to be an emperor!

On New Year's Eve, everything was as usual. The emperor sat in the front with me to enjoy performances. He brought me food while drinking. He didn't seem to be in a good mood, and thus everyone was serious, making the banquet a memorial.

Fortunately, Consort Xian was there to make a toast in case it was too boring; Consort Shu covered Jiale, who was asleep, while she herself was a little dazed; Consort De kept feeding the fourth prince and pointing him to the performances. In contrast, Noble Consort Wen seem dumb at parenting. The fifth prince was very excited and wanted to talk, but Wen forced him into her arms and patted him to sleep. The prince was struggling to get out and forced back in during the whole banquet. I believe she really need some training from Consort De.

What about me... well, I'm looking at Consort Chun.

I am curious whether this cousin of the Emperor really enjoys loneliness in the palace. I realized that she is really weird.

During such a cheerful festival, she kept a frown on her face, scarcely talking to her son. The third prince was sitting quietly. He didn't even seem dare to raise her head, completely different from other six-year-old children. Most of the time, Consort Chun refused to go out, using sickness as an excuse. I seldom saw them. In my memory, the third prince was indeed obedient and scared to look at others.

Alas, I can't control this stuff. I should just care about my children and myself. I told myself. I poured myself a glass of wine and said to myself:

“Liu'er, wish you could let these all go.”

In the new year, the emperor kept his promise to accompany me and my children often. He made small bows and arrows for Changsi, braided pigtails for Changyi, and played chess with me. He always called me my nickname. It all seem so quiet and wonderful. When the third prince was six years old, the emperor chose my uncle as his first teacher. The fourth prince and the fifth prince gradually grew up, and the emperor often went to see them. Speaking of the fifth princesses of Consort Yao, young as she was, she always laughed at the sight of people. It is said that Consort Yao disliked her for being a girl. Now that Consort Yao was sent into the cold palace, I wondered a lot about the what to do with the fifth princess, and finally decided to ask the emperor to give her to Consort Xian.

Just a princess, the emperor agreed.

The next day, Consort Xian heavily kowtowed to me with the fifth princess. I saw her tears when she stood up.

The fifth princess was named Kangle. The emperor used to love her dearly, but now seldom hug her because of what her mother did.

Day by day, I tasted Consort Shu's new dishes, tried Noble Consort Wen's new-tailored dress, listened to Jieyu Song's stories, attended to affairs with Consort Xian, went to Consort De for help when I had trouble with teaching kids, and turned to Beauty Wang when I want a break from kids.

I was pregnant again this September, and gave birth to a boy on the seventh day of July the following year. It happened to be the same birthday as the first queen.

The emperor was still absent when I was delivering this child. Uh, he fell in love with a housemaid under the surname of Sheng. She was not so beautiful, but she had the same pair of phoenix eyes as Consort Yao.

The emperor was very happy that I gave birth to the seventh prince, and named him Changnian. I leaned on the pillow and watched him teasing the child cheerfully. Then he turned to me and said, “Jiaojiao, I will always protect you and the children.”

Deep in my heart, I didn't believe him, but I said “OK” with a smile on my face.

I know he doesn't like my this kind of smile; he doesn't like seeing me salute him in a proper way, say “OK” with eyelid half-frowned, smile to him but with a frown on the face, refuse to hold his hand.

He came to hold my hand. I tried to avoid, but he insisted, and smiled shamelessly: “Jiaojiao, please smile. Please! I know it's my bad. Please don't be mad any more... I won't do that again.”

I didn't want to waste my time being angry with him, so I sighed and said: “You are just lying.”

He brought Changnian to me and said: “Sweetie, tell mommy daddy's wrong. Daddy won't do this again. Mommy don't be angry!”

Changnian was only three days old. He couldn't understand this and cried out. 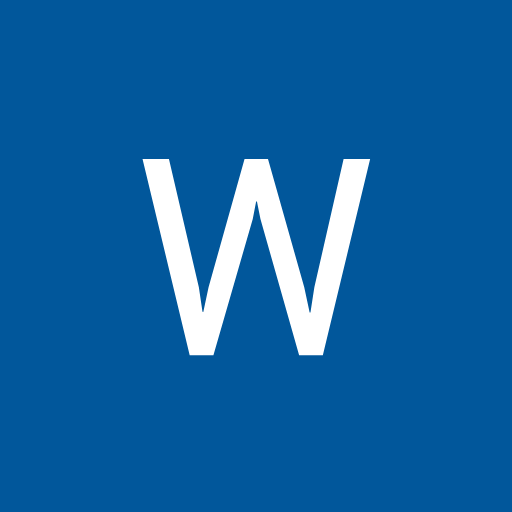 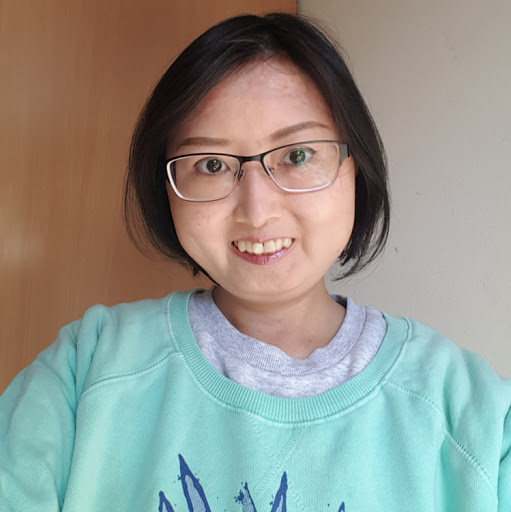