They looked into each other eyes.

A moment later, Yaoniang made a compromise. Reaching out, she picked a cherry and held in mouth. Hesitant, she moved closer to him.

Jin Wang ate it and at his convenience, and then kissed her at the meanwhile.

After for a few seconds, Yaoniang lowered her head and gasped slightly.

Jin Wang showed a faint smile and his eyes were flashing with dim light. “Are you going to keep it in your mouth?” he asked.

Yaoniang flushed soon and hastily spat out the nutlet. It fell on the table and rolled down to the edge of the table before stopping.

Jin Wang lifted her oval face and found her eyelash was trembling slightly while her lips were luscious as if two clouds which made her looked so fascinating.

It reminded Jin Wang of her groaning last night. His eyes were getting deeper. He embraced her and his hands rubbed back and forth on her slender waist. It was easy to feel her smooth skin, tender and resilient.

Jin Wang kneaded her waist greedily with his rough hands which were full of callus.

“Jin Wang, I gonna go,” said Yaoniang who gasped slightly and tried to push him away. She was serving the tea here, but was left by his delicious cherries.

Jin Wang ignored her sentence since his hands had slipped into her dress.

Fucheng was leaning against at the door outside with his hands across his chest.

Fucheng couldn’t help but shook his head as he heard the noises inside the room.

It seemed that a man who had sexuality with a woman was different from others. Jin Wang had never been like this before. Now he was like a greedy cat, thinking about the little fish in the pond every day.

In order to flirt with Yaoniang, he learned to coaxed woman with snacks. Fucheng thought that Yaoniang must have been convinced by Jin Wang already.

But Fucheng was glad to see that. Only when Jin Wang had sexuality with his concubines, would he have a son. It seemed that Yaoniang was a woman good at bringing up children, and perhaps she would give a son for Jin Wang soon.

A fresh breeze puffed across over and the curtain was waving with the breeze.

Yaoniang sat on his lap and she was still dressed in a light green longuette. Her white and delicate skin was partly hidden and partly visible. Yaoniang was getting more and more anxious. “Jin Wang, it is time for me to leave,” said Yaoniang in a low voice again.

She had repeated for several times, but he just turned a deaf ear to her.

Yaoniang leaned against his chest and took some rest for a while. She almost fell down when she got off his leg. Jin Wang supported her with his hands but she dared not to look up at him. Yaoniang dressed up in a hurry and then rushed out. She kept lowering her head when she ran out because Fucheng was waiting outside and Yaoniang felt so embarrassed.

She slowed down as a turtle when she went downstairs. She was eager to look into the mirror to see what she looked like at the right moment. Yaoniang was afraid that others would be aware of her weirdness.

Fucheng waited for a few minutes and then walked in.

Jin Wang was still reading beside the table and he looked like the same as usual.

Suddenly, Jin Wang looked up and pointed at the cherries left in the disk.

After hearing this, Fucheng looked vexatious and said hesitantly, “There was only a basket of cherries. I know you dislike it, so I only left two plates of cherries and I have sent the other plate of cherries to Mammy Mu while the rest of the cherries were delivered to Siyi courtyard.”

Fucheng explained when he found Jin Wang was unpleased, “You enjoined me to do this.”

Jin Wang did not forget that it was him who asked Fucheng to do this.

Jin Wang thought that he had turned a cold shoulder to Siyi courtyard for a few days and it was enough. Jin Wang was the host of Jin Wang mansion and sometimes he couldn’t be self-willed. And he could only do what he should do. Now that side consort Hu was getting more arrogant these days, Jin Wang felt it was time to stop her.

What’s more, Jin Wang also felt that Jin Wang consort had deserved the punishment. Although Jin Wang disliked her, he was not going to allow his concubines to bully his legal wife.

Jin Wang didn’t expect that Yaoniang liked to eat the cherries. He would like to give her what she liked. Jin Wang thought that he was omnipotent.

“Go and get some cherries from Jin Wang consort. Tell her that I need some to reward people,” said Jin Wang. He thought it was proper to do that and he didn’t take Jin Wang consort into his heart. In Jin Wang’s opinion, he could grant something to people, but he could also take it back.

Fucheng frowned and was at lost because he was going to clear up a messy situation for Jin Wang. But soon Fucheng changed his mind since he thought that he was born to serve Jin Wang or he would be useless to Jin Wang.

Ziyan said hesitantly to Jin Wang consort after Cuizhu left, “I think it is not proper to decline Cuizhu.”

“Why not decline her request?” Jin Wang consort asked in reply.

“But the little princess…”

Jin Wang consort put down the book with a sneer and said, “It was just an excuse of side consort Hu. Do you think Jin Wang really know nothing about it? I heard that Jin Wang is going to take her down and I am sure he would not listen to side consort Hu this time.”

If Jin Wang consort wanted to keep her status, she had to accept his gift and even extend her appreciation.

But Jin Wang consort still wanted to vent her rage because she was clear that Jin Wang would do nothing to her recently.

It was because Jin Wang consort had a clear mind, she felt to be humiliated and this feeling corroded her heart at every single minute. She was no longer the arrogant daughter of Xu Guogong anymore.

“Perhaps, Cuizhu would get punishment today,” said Ziyan with a sigh.

Cuizhu also understood that and when she left Siyi courtyard she was grievous with pale face.

“She selected her road. I gave her options before, but now that she decided to take a shortcut, she should expect such a consequence,” said Jin Wang consort.

She was telling a truth, because people always controlled their own destiny.

Ziyan said nothing more. Someone knocked the door and notified Jin Wang soncort Fucheng was there.

Fucheng walked in, greeted Jin Wang consort politely and then showed his purpose.

It was extremely hot. Jin Wang consort was in a poor health so she seldom used ice to cool down. In the summer days, her servant girls also had to endure the intense heat of summer. But as soon as Fucheng finished his sentence, the air seemed to be frozen in the room.

Fucheng was aware of Jin Wang consort’s indignation, but he was confused. However, Fucheng didn’t care about it but just waited for the cherries with a smile.

In Jin Wang consort eyes, it must be side consort Hu’s scheme.

“Ziyan, take all the cherries out. Give it to Fucheng,” ordered Jin Wang consort.

“But…” Ziyan bit her lips and then walked out.

Fucheng grinned at Jin Wang consort and said, “There is no need to give me all the cherries, and I just need…” But before he could finish his words, Fucheng stopped since he thought Jin Wang might need it to coax Yaoniang every day, so he needed more. Thinking for a while, Fucheng continued, “I just need half of the cherries.”

‘He really demands an exorbitant price,’ Jin Wang consort thought to herself.

It was said in a moment of anger, but Fucheng even didn’t stand a ceremony with her.

Finally, Fucheng left with a basket of cherries cheerfully. Although he noticed Jin Wang consort’s rage, Fucheng ignored it. Fucheng was a servant of Jin Wang and others had nothing to with him.

Fucheng was the witness and he was clear about the whole story between Jin Wang and Jin Wang consort. The lonely, cold and stubborn early youth struggled to live a better life but the light in his eyes was extinguished by her resistance, hatred and even betray.

Now the early youth had grown to an indomitable man and he had let go of the miserable past, but now she changed her attitude.

It was too late.

There was no chance for people to be regret for what they did in the past and no one could go back. People could just keep moving on.

Fucheng thought Yaoniang was a good woman who was kind and obedient. Jin Wang was happy to stay with her, because she was simple-minded.

That was rare and commendable.

After Fucheng left, Jin Wang consort lost her mind for the first time. She knocked the glass down and let out her curse.

“Son of bitch!” Jin Wang consort was so angry.

Yaoniang went back to her room at dusk when she finished her work.

The ice had been settled in the kettle. The people of internal ministry would deliver the ice in time since the wet nurses took their duty at different time. Therefore, Yaoniang could enjoy the coolness every time when she went back after finishing her work.

She rubbed her waist which was sore. It was time for dinner and he was about to enjoy her meal after washing her face. But when she looked back, Yaoniang found a basket lay on the ice kettle.

The basket was covered with cloth. She walked over, opened it and the red cherries then came into her eyesight.

Thinking of this, Yaoniang couldn’t help but burst out laughter.

Jin Wang consort and side consort Hu was fighting with each other because of the cherries recently.

Indeed, the tricks were frequently used by the legal wife to punish the concubines. For example, they would turn a cold shoulder to the concubine who came to visit them. Of course, they may like to adopt other methods, such as Jin Wang consort who called in side consort Hu frequently. But side consort Hu would receive an absent treatment since Jin Wang consort just remained silent when she arrived.

Jin Wang consort and side consort Hu fought both with open and secret means with each other while their servants were also in diametric opposition to each other. The servant girls in Siyi courtyard quarreled with the old ladies in Liuchun mansion recently. They were clamorous for their masters and each had its own merits.

Yaoniang rarely went out and it was heard from other servant girls in the courtyard. The girls kept discussing with each other as if they were telling a story.

Different from others, Yaoniang seldom made her comments.

As an onlooker, Yaoniang heaved a sigh with feeling since she thought there was no need to fight endlessly. But absolutely the concerned parties didn’t think so.

Yaoniang always kept a clear mind and that was why she would sigh with feeling. 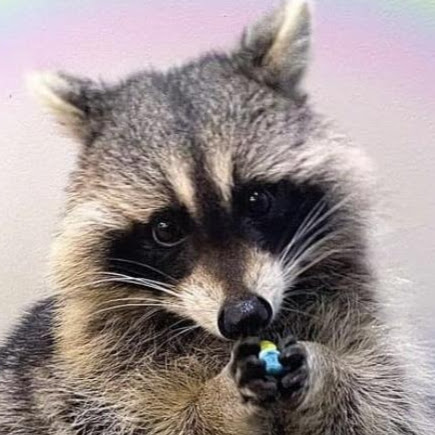