Liu Fuyi is solemnly manipulating the Ninth Heaven demon capturing tower in the air, sweat dripping down from her neck.

Between the clouds, Mu Sheng moves so fast that others can only see a light yellow belt dangling, he splits a road by the explosive spark, flies close to Mu Yao, takes off a steel ring on his right wrist, and hurls it towards the water mirror severely.

The water mirror is entangled in the circle, struggling and twisting left and right, trying to break this humble circle, however, it just looks like a balloon inflated of which the neck is choked and stuck.

The light emitted by the demon capturing tower is getting more and more bright. The stubborn water mirror in front of the tower is like a loach, who can't escape the end of being sucked into the tower.

After completing the mission, the demon capturing tower spins a circle in the spot, turns off the lights, shakes its body and changes back to the small and exquisite appearance, slipping to Liu Fuyi, like a pet puppy pleasing its owner.

Liu Fuyi has no time to praise it at the moment. His face is pale and his eyes are fixed on Mu Yao, who is in Mu Sheng's arms now.

Mu Sheng clasps Mu Yao by her waist and slowly falls from the air.

In a distance, he looks like a mighty whirlwind, however, when he gets close, he shows how embarrassed he is: his clothes have been cut into several strips, and a cut is attached on his face. Miaomiao braces herself up, and looks at Mu Sheng carefully with the warm yellow light from the lantern.

Mu Sheng is very different from other male masters in Fuzhou's works. He never wear white clothes or green cloths, in contrast, he is in light yellow for his debut. Generally, the light yellow will only be worn by girls.

This light yellow is very light, striking but not eye-catching. A black strip embellishes the edge of the collar, which makes him dauntless and overbearing. The clothes worn on him are not soft but only pretty.

His hair is extremely dark, with slightly curly fringe on the forehead. He naturally separates the hair to the sides, and makes a tall ponytail. From the front, it can be seen that a white hair band at the end embellishes the hair appropriately. The juvenile breath emitting from the inside out just like lemon zest in a glass bowl.

Miaomiao sighs slightly, a feeling comes to her that the young man and his ponytail are a perfect match.

Secretly she sighs again, Mu Sheng is so different from her imagination.

Most of the Fuzhou's description was concentrated on Liu Fuyi, describing that his loneliness and tenderness, aloofness and sentimentality, so that when Miao Miao saw Liu Fuyi for the first time, she recognized him right away.

In contrast, for the poor starring hero No. 2 Mu Sheng, the authour didn't even describe his appearance.

If the black lotus didn't use her own special skill explosive spark, she certainly wouldn't believe that the young man in front of her is Mu Sheng.

She thought that as a qualified black lotus, he would be the kind of low-key and gloomy temperament that has few chances to shine.

At the moment, the young man comes from a distance,

with a pointed hair tail, swinging up and down, reminiscent of the first light yellow spring flower in early spring, or the new buds on the wicker, or a bite of a ripe and juicy orange.

Such a person turns out to be a yandere, split personality, and psychopathic, like a flower that had already withered inside. How could this not be desperate?

At this time, Mu Sheng starts quarreling with Liu Fuyi.

"I can't believe I just went out for a while and my sister is so hurt. Is that how you take care of a girl? I've told you to stay with her and not leave her alone, but..."

"Mu Sheng..."Mu Yao says with a weak voice. She lies on the bed in the west wing, stretches out her slender arms, and pulls Mu Sheng's cuffs.

Immediately, Mu Sheng's expression changes from angry to gentle. Looking softly at Mu Yao, he says, "Sister, are you OK?"

His long eyelashes are clear, with a tough arc, and the black eyes reflect Mu Yao's face. Such an innocent look, it seems that it is not Mu Yao but him who is injured.

Ling Miaomiao has goosebumps when she sees this change.

Mu Sheng's skin is white, like a transparent white jade, and the cut on his face is particularly abrupt and shocking.

Mu Yao looks at his brother, and even if she is always cold and calm, she also smiles a little, "I'm fine."

"But I'm concern about you..."Mu Sheng grabbed her hands and put them on his face lovingly.

Mu Sheng has a delicate face.

After all, they have no blood relationship. Although they are very beautiful, but they are in different kind of beauty. Mu Yao's beauty is reminiscent of the white snow on the top of the mountain, which is clear, chilly, aloof and unsullied.

However, Mu Sheng is just the opposite. He is like a poisonous flower. He always has a passion in his eyes, and emits a kind of youthful and depraved breath which is not like juvenile breath or girls breath.

Mu Yao turns a blind eye to the fawning in front of her, but draws back her hands indifferently, "Go back and take some medicine if you are hurt, and don't yell here anymore?"

Virtuous Mu Yao thinks his younger brother, who is always well-behaved, is impolite to Liu Fuyi just because of being anxious at the moment, but she don't like that.

Mu Sheng startles and then looks at Liu Fuyi, the threat in his eyes flashes away which is immediately replaced by an aggrieved expression. Long eyelashes overturns, "Dear sister, I did not deliberately get angry...If I were not back today, you almost had died! I have told him not to leave you alone, can't he wait for a moment?"

Liu Fuyi stands aside, with eyes full of self-accusation.

"Okay," Mu Yao rubs her temples, and says patiently, "I let Fuyi leave. I'm fine. I'm not a child, don't want another one to take care of me. Fuyi just wants to catch the big demon quickly."

"Is demon catching more important than my sister's life?"Mu Sheng suddenly raised his tone, "He left you alone in the room, aren't you angry at all?"

He glances at the wedding dress that Liu Fuyi has no time to take off, and says bitterly, "He went to get married with another woman!"

"Mu Sheng!"Mu Yao is finally annoyed, "I have told you that Fuyi informed me of that. The marriage is just for acting. Why don't you let it go?"She takes a breath, continues, "I remember that mom and dad have ever told you, in a demon-catching family, a cowardly man will be a disgrace to the family."

Mu Sheng turns red with anger, he says nothing but takes two steps back with teeth grinding.

Liu Fuyi can't help but flings to the bed and holds Mu Yao in his arms, closing his eyes, "Yaoer, it's my fault, it's my fault ..."

Their foreheads presses against each other, and they begin to linger and express their affection. Their voice becomes smaller and smaller, and finally changes into a whisper.

Ling Miaomiao steals a quick look at Mu Sheng, who is standing stiffly beside them, clenching his hands into fists. Ling Miaomiao gloats over the ruin of him, and thinks in his heart, "If the anger can turn into fire, I believe Mu Sheng will burn down the whole house now."

But the next second, she can't smile anymore, because a stream of salty and bitter liquid flows into her mouth. She touches her face and finds tears there.

What happened? She is crying uncontrollably!

Miaomiao desperately recalls the original plot: Ling Yu, who chased Fuyi and ran to the west wing, saw the protagonist lovers expressing their love, knowing that her dream of marrying her sweetheart was broken, and immediately sat down against the wall and wept silently in the corner.

Ling Yu's disappointed look was captured by Mu Sheng who was standing aside.

The black lotus is so sensitive to the world, he suddenly saw through the Ling Yu's secret thoughts of being in love, and instantly became suspicious of his sister's accidental injury. In other words...

The young man in light yellow turns back and walks towards the corner step by step. His eyes are black, like the calm surface of the lake.

His sight falls on Miaomiao's tear-stained face. He looks at her lightly, with the eyebrows lifting gently, a homicidal intent flashes over his face. Immediately, he raises his eyes, says with half smirking, "Senorita Ling, escaping from death is so lucky, I wonder why you cry?"
Previous Chapter Contents Next Chapter 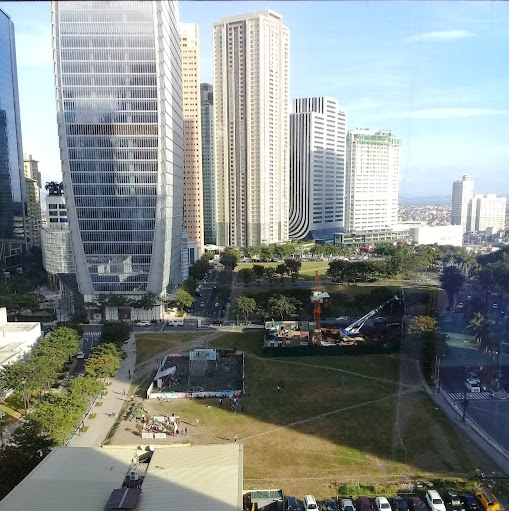